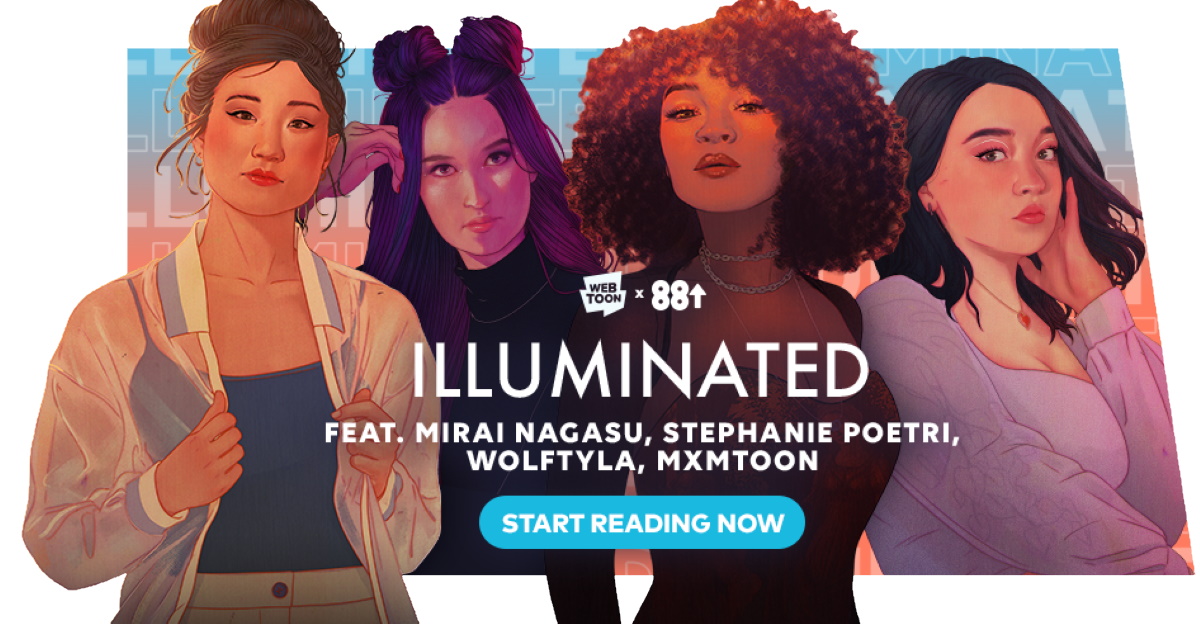 Each episode of the series focuses on one of the four women and breaks down their experiences, particularly in the wake of the increase in violence against the Asian community. Each story is open and, at times, painfully honest, each woman discussing their fears of dealing with that level of hostility, how discrimination against the Asian community has existed long before the push to #StopAsianHate, and the importance of acknowledging what’s going on so we can work to do better.

“In light of the rise in anti-Asian violence, we wanted to create a WEBTOON series that gave Asian women the opportunity to tell us, in their own words, who they are and why the #StopAsianHate movement is important to them,” says Susan Cheng, Creative Producer at WEBTOON, in a press release. “Asian people as a group have long been denied the right to make their mark on history, so I hope that those who read Illuminated will feel both comforted and empowered.”

“We know from reports to the Asian Americans Advancing Justice coalition’s Stand Against Hatred website that women are disproportionately impacted by anti-Asian hate and harassment,” says Marita Etcubañez, Advancing Justice | AAJC’s senior director of strategic initiatives. “Asian American women face the daily reality of multiple layers of marginalization, often having to confront not just racism or sexism, but the intersection of both. We are proud to collaborate with WEBTOON and 88Rising for this important effort to center the voices of Asian  women in such a meaningful and creative way.”

Every woman involved in ILLUMINATED has a different story, yet all of them feel connected to one another. Each story is relatable, illustrated in a beautiful art style, and ends with a strong message to not only speak against the hate toward Asian communities but to listen to those who are sharing their experiences. Some parts of it are hard to get through (seeing images of the women looking at various news reports about violence against Asians and worrying about themselves and their loved ones is a definite gut punch), but it all makes for an important read. 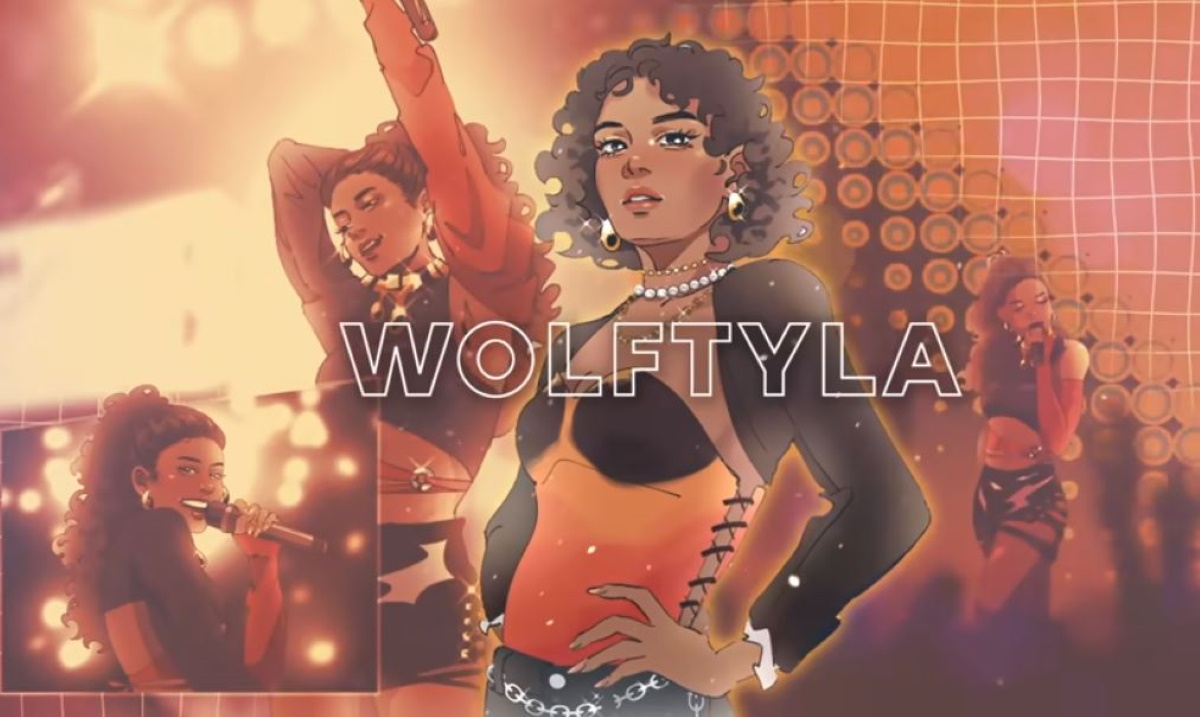 Singer/songwriter Wolftyla, who you may know for the work she did with K/DA, talks about how it took years for her to reach a point where she could be as confident as she appears to be on stage. As a woman who is Black and Korean, Wolftyla dealt with a variety of microaggressions growing up. There’s a particular segment about Wolftyla and her hair that really spoke to me, and seeing her overcome her insecurities about it was a satisfying read.

She goes on to talk about the increase in violence against the Asian community, her worries about her family, and how social media may be a great escape, but it’s also a way we can discuss what’s happening in the world. 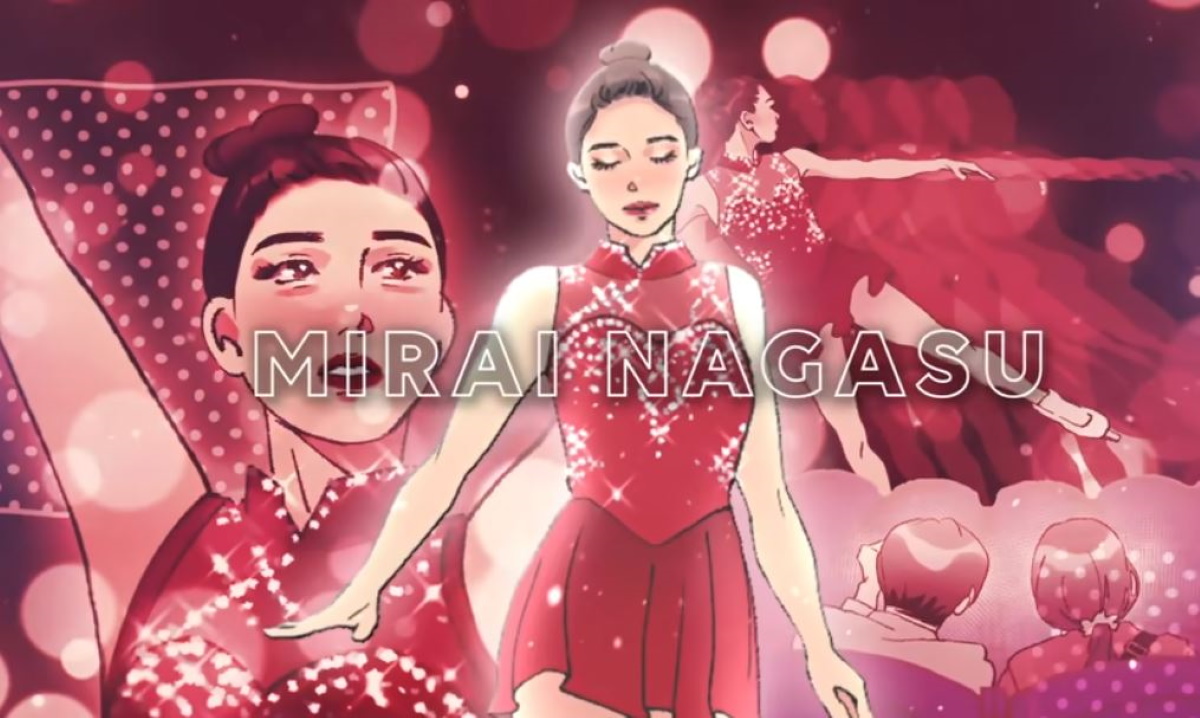 Olympic figure skater Mirai Nagasu has been ice skating since she was a child. She talks about how her parents have always supported her dreams, but there was a point in her career where they told her to not rock the boat. While this may feel like hypocritical advice (since her parents also told her to work hard to make a place for herself in her career), the increase in violence toward Asian people shows why Nagasu was told to “keep her head down.”

This generational conversation about violence and discrimination is similar to talks I’ve had with my mother, someone who is proud of me for being so vocal, but who also fears for my safety. Nagasu’s story shows just how deep this hostility toward marginalized communities runs. 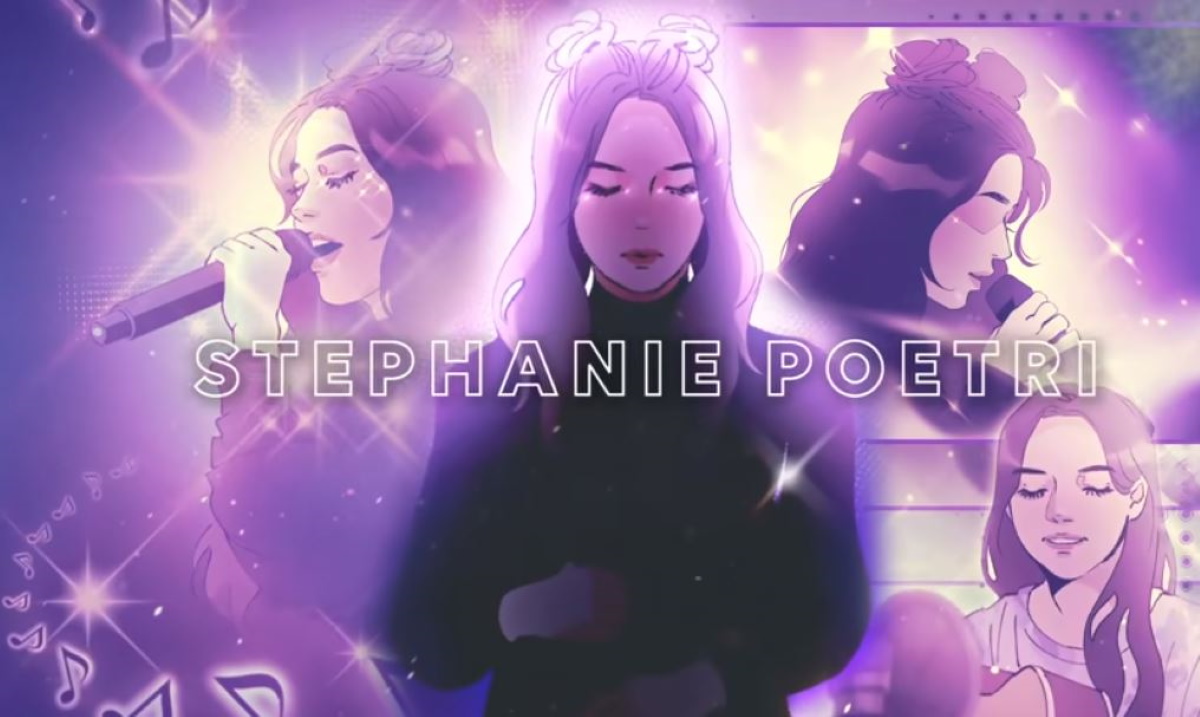 Known for her hit song I Love You 3000, Stephanie Poetri reveals that she didn’t want to pursue music as a career at first. As the daughter of a pop diva (Titi DJ), Poetri wanted to do anything BUT music since that’s what was expected of her. This was also coupled with people being surprised that Titi DJ was her mother because, to them, Poetri didn’t look Indonesian. Poetri’s story shows several instances where people mistake her for a tourist in her own country, adding to her insecurities about embracing her heritage.

Eventually, Poetri would go on to use music to express herself and get her feelings out. However, with the pandemic hitting in 2020 and the increase in violence against Asians, she admits that it’s been hard to write about love when she doesn’t feel like she’s receiving any. Poetri goes on to encourage having conversations and even acknowledges the privilege she has since people assume she isn’t Asian. She decides to speak up for those who don’t have the privilege she was born with and reminds us that it shouldn’t just be Asian communities speaking up, but all of us. 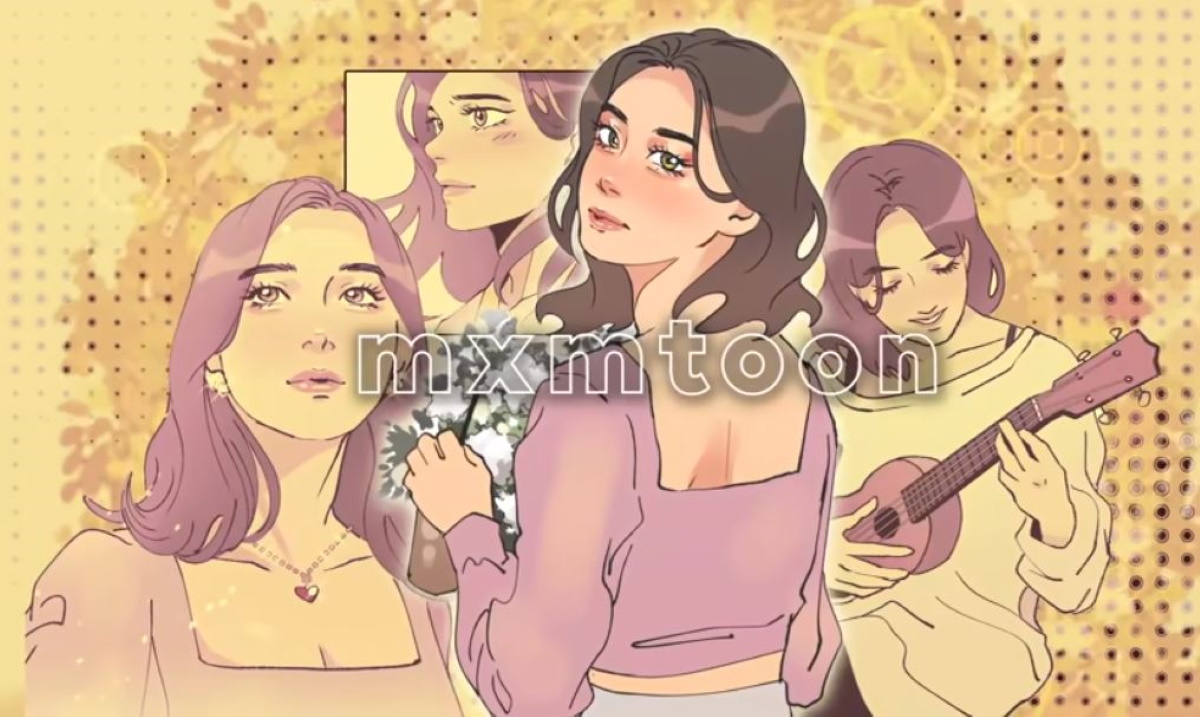 Singer and songwriter mxmtoon (or Maia, as her family and friends know her) didn’t think there was a place for her in music because she didn’t see herself represented in its narratives. “It just didn’t seem like anyone would care about what a mixed-race Asian American girl from the Bay Area of California had to say,” she says. After one of her songs became a viral hit, she decided to pursue music—much to the dismay of her family. Dismay might be too strong of a word, actually, as her family expressed the kinds of concerns you expect to hear when you decide to pursue a creative career.

While their words didn’t always come off as supportive, Maia has come to realize that her Chinese heritage offers a strong sense of community. This is why she’s come to hold her family so close to her heart, and how, even with all of the negativity, she feels like she has an entire army watching her. The sense of togetherness she feels with them helps her to keep moving forward.

You can read all four episodes of ILLUMINATED over at WEBTOON right now! For more resources or information on the fight against discrimination and violence against Asian American and Pacific Islander people, please visit advancingjustice-aajc.org/anti-asian-hate,  StopAAPIHate.org, and StandAgainstHatred.org.