Call acts of racism exactly what they are. 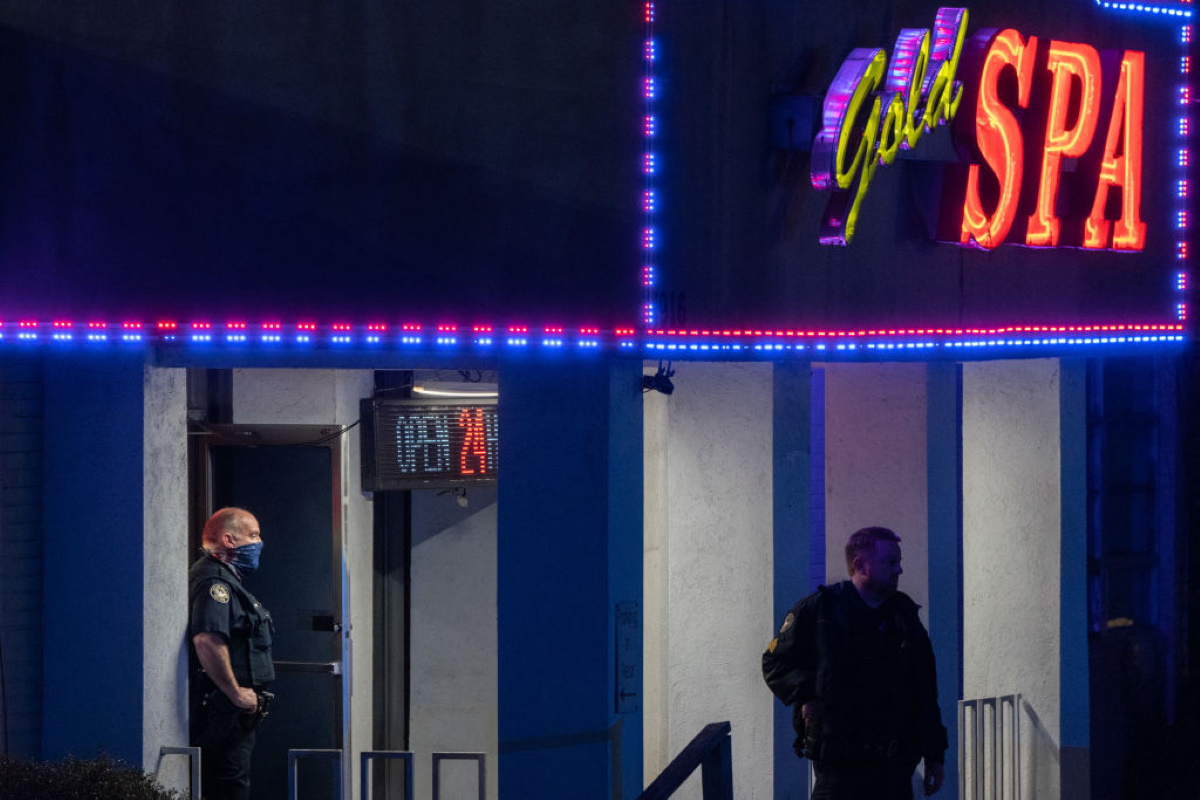 When I woke up this morning, I heard the news about what happened in and around Atlanta yesterday. Eight people were killed at 3 different spas, and of the victims, 6 of them were Asian women. The other two victims were white (one of whom was a woman), with others being reported as injured. Robert Aaron Long has been taken into custody as a suspect.

I think it’s crucial to point out that this maliciousness isn’t the FIRST time this level of hostility has occurred against the Asian community. Speaking as a Black woman, I know that this incident will, somehow, be the first time some folks (mainly white) realize that, hey, racism is alive and well. Then they’ll fall down a rabbit hole and be SHOCKED that hate against the Asian community has persisted for, well, YEARS, it’s just had a big uptick with the pandemic, as if someone with a whole lot of power decided to demonize a marginalized group with the phrase “China Virus.”

What happened in Georgia yesterday is tragic, but it shouldn’t be treated as a new thing. Instead, it needs to be addressed as a continuous act of racist violence against Asian communities, one that’s grown to distressing proportions thanks to comments made by our now ex-president. It’s one of the most frustrating things about being a POC, the fact that it takes extreme acts of violence and trending topics about that violence for people to attempt to maybe recognize what you’ve been born into, and what you’ve been aware of for most of your life.

Having grown up in an America where Asian women face extreme fetishization and always persecution, these events are tragic but not unexpected.

And I say maybe because, sometimes, folks still hesitate to call something that’s so clearly racist, racist. It’s ironic, really, because when the Asian hashtags that trend from this gain momentum, we’ll see a lot of folks ask how they can help, yet some (again, mainly white) won’t be willing to do the very first step that’s required in combating racism.

The first thing that anyone should do is acknowledge the situation honestly. The hatred against Asian communities was, unfortunately, bound to happen with the pandemic, but having a political power actually CALL it the “China Virus” emboldened folks to be worse than they were already planning on being.

What happened in Georgia is another chapter in a story that was being told this whole time.

Reposting a comic I made early in the pandemic. Originally posted on the Nib. #StopAsianHate #StopAAPIHate pic.twitter.com/ERYaIn4p45

One of the reasons why racism continues to persist is because people just don’t wanna call what’s happening racist. They’ll dance around it, maybe mention “how far we’ve come,” as if that negates the fact that 6 Asian women have been killed in Asian businesses. Then they’ll say how they need “all the facts” before they conclude that if it looks like a duck, swims like a duck, and quacks like a duck, then it’s fucking racism.

The level of privilege some folks have to be able to sit and “wait for facts” is astronomical. The community that’s hurting because someone strolled into 3 different Asian businesses and decided to go on a killing spree doesn’t have that kind of luxury.

A whyte dude killed 8 Asian Women at 3 separate massage parlors in Georgia on Tuesday and authorities are apparently unsure if it was a race related hate crime. Bruh.

Or so you hope because instead of listening to the marginalized group in question, these “fact-checkers” will give space to the murderer and begin drawing conclusions based on what he’s telling them, not the community that is living in fear.

“How,” I ask, rubbing my exhausted brow, “Does this absolve him of racism?”

It doesn’t, and I wanna say that it’s obvious that it doesn’t, but I know that just enough people will run with this angle, maybe even produce a crime documentary on the dangers of sex addiction that has a hint of compassion, or intrigue, toward an actual murderer.

“Yesterday was a really bad day for him and this is what he did” — a law enforcement official explains Robert Aaron Long’s decision to kill 8 people in a strange manner pic.twitter.com/u0zFcqjbNK

This is why, before any well-meaning ally asks what they can do, they need to make sure that they’re at least willing to call this racism. No “let’s hear it from the killer’s perspective first” because what is and isn’t racist is up to the marginalized group, not the white man with the gun.

Then again, history has shown us that folks can flat out admit that they did something for racist reasons and still have people trying to decipher the deeper meaning behind it.

I have a couple of different answers. All of them are hard to hear, but it’s how I honestly feel when I see spaces twist themselves up like a pretzel to label something as the non-racist combination of a sex addiction and a bad day.

To me, some white folks refuse to call a crime “racist” because it means admitting to the unbelievable amount of privilege they have, and have had, for generations.

When the virus is defeated.
When the pandemic is over.
When the world is back to normal…

Hate toward AAPI will still be here. Racism festers for generations. This shit is never going away.

Furthermore, it reveals how much whiteness has benefitted from racism. Being white affords you a lot of things, whether you’re conscious of it or not, and in this case, it means you can commit multiple killings, be calmly taken into custody, and have your story heard. Similar to the storming of the Capitol, being white means you are given a certain amount of grace, even if you’re committing extreme acts of violence and terrorism.

I’m not saying every single white person in the world wants to do this, of course, but they do need to be aware of the fact that they benefit from racism and the absurd amount of power they have because of it. You might not want to do these unspeakable acts, but you could, and if you did, you would be given space to explain what made you do this, and a white person with power will boil it down to you having a bad day because if folks got to know you, they’d know you’re a good person.

From a Daily Beast piece on the man who massacred eight people in Atlanta today.

Racism remains because enough people refuse to admit to it, or jump through hoops to create this “good ol’ American boy” image when someone is accused of it. It continues to thrive in our society because enough people will call something anything BUT racist, even if they aren’t the ones suffering because of it. The issue can’t be tackled until there’s an understanding that this even is an issue to begin with.

Acknowledging racist acts against a community also shows that community that you see them, and hear them, and recognize the fact that they are suffering right now. While there are bigger things that can be done (and are being done) to show support, choosing to not sugarcoat the subject and calling it what it is shows that you, at least, understand that racism is damaging to the Asian community. By not settling on this “bad day” narrative or waffling on words like hate crime, you at least show that you’re listening.

And really, that’s the first step in attempting to do better.

What happened in Atlanta is a hate crime. It’s racist. And it’s an ongoing, despicable act against the Asian community.