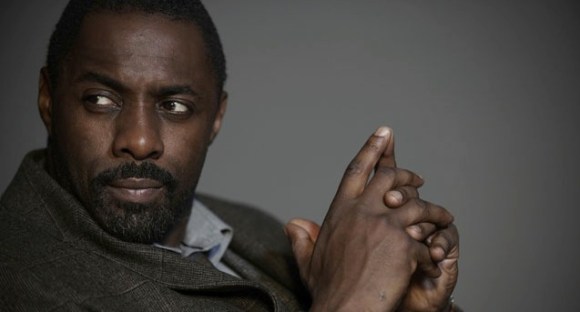 Daniel Craig is getting ready to shoot his third movie as James Bond soon, but people are now wondering how much longer he’ll be playing the iconic British spy. A few names have been floated around as possibilities, such as Michael Fassbender (last seen in X-Men: First Class) and Henry Cavill (who is already playing one iconic role in Man of Steel), but one name that is creating tons of buzz is that of Idris Elba. And of course the inevitable question being asked is: is the world ready for a black James Bond?

Elba took part in an interview on NPR recently where he addressed the possibility of being the first black actor to play James Bond. And while it seems like a groundbreaking move for the franchise, Elba sounded reluctant to have to take on the responsibility of being The First Black Bond, if the intention was to bill him that way:

And obviously, there would be a fair share of detractors, people who accepted Bond taking on a number of different white nationalities, different hair, and personalities, but would probably take issue if Bond was black. (For whatever dumb reason.) Elba faced similar backlash when he played Heimdall in Thor, a character based on the Norse god who is generally depicted as white, so we can understand if he’s fed up with being the target for such controversies. His performance as Heimdall was great, and so it would be great if people were over this kind of thing, but based on the reaction to Miles Morales and Lawrence Fishbourn as Perry White, it’s clearly still something that diverse casts and productions are going to have to deal with. Yes, if Elba was to take on Bond, yes, he’d be the first black actor to do so. But he’d still be a really amazing James Bond.

There would probably be more of an uproar if someone tried making Bond an American. We’ve had several conversations about what would happen if the next Doctor on Doctor Who was American, and immediately realized it would be kind of a travesty. Sure, we have Canadians and Brits playing some of our most beloved superheroes, but they aren’t playing them as Canadians or Brits. Of course, accents are not the same as something as visible as one’s race.

But it still shouldn’t matter. Idris Elba would kick ass as Bond. He’s proven himself a rising star in film (he’ll be in the Alien prequel Prometheus) and on TV (Luther, anyone? The Wire?), and he’d be wonderful. But mostly, this is how he would arrive at his meeting with Sony executives:

“I’d not only get in the cab…but I’d take the taxi driver out of the car, hostage. The taxi, jump out while it was moving, jump onto a pedal bike that was just past the door as I got on it, and then get onto a plane — on the wing — land on top of Sony Studios, slide through the air conditioning, and land in the office…I’m never shaken or stirred.”

Come on, guys. This would be soooooo great.