Will Spidey Be Addressing Education Reform in Ultimate Comics Spider-Man #1? 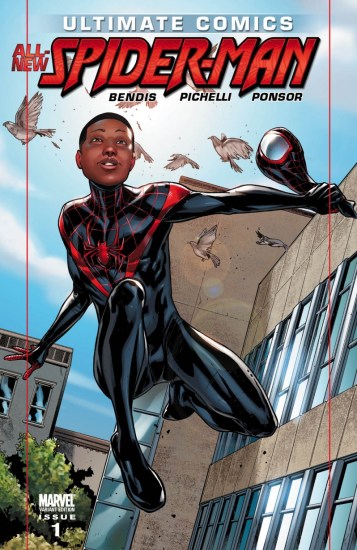 Less than a month before its release, Marvel has released its variant cover for Ultimate Comics Spider-Man #1, drawn by Sara Pichelli and featuring the new man behind the mask, Miles Morales! After the jump, a look inside Miles’ origin story, including speculation about a possible anti-union agenda (that is probably nothing to worry about).

Now that we’ve been officially introduced to Miles Morales, Bleeding Cool has seen the first few pages of #1 and is wondering if there is an anti-union agenda featured in his story aimed towards the educational system. Apparently, writer Brian Michael Bendis was inspired by the documentary Waiting for Superman, which centered around at-risk kids and their journeys through public and private education. A big part of that was the lottery process to get into charter schools. I direct your eyes towards this panel, showing a young Miles with his parents at one of these lotteries: 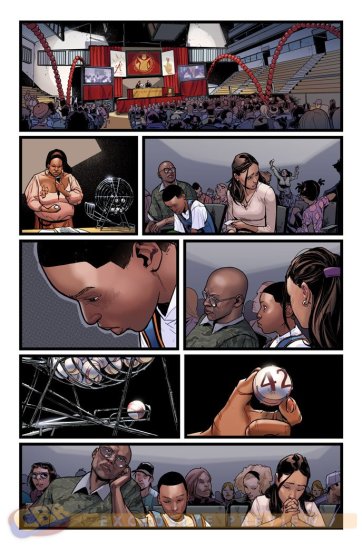 Which is followed by this one: 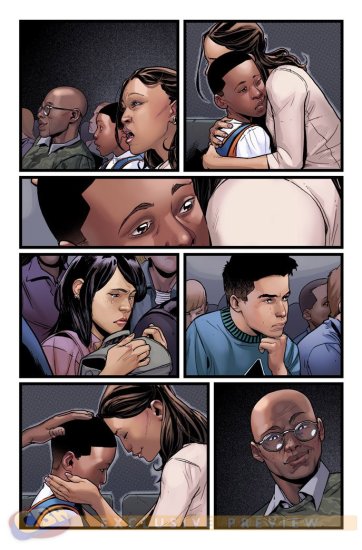 Comic Book Resources — which provided these panels — has an interview with Joe Quesada, who says that he was “really intrigued” by the work of Geoffrey Canada (president and CEO of Harlem Children’s Zone, which works to increase the graduation rate of students in Harlem), and had recommended that Bendis watch the documentary featuring Canada, Waiting for Superman. That documentary was well-received by critics, but was seen by some as an attack on teachers and teacher unions because of how badly the public school system was portrayed. Parents in the film were shown turning to charter schools, which were being promoted as the solution to an unsatisfactory public school system. (Many of the film’s statistics have been disputed, and even more questionable statistics concerning charter schools were left out altogether.)

Since Miles is being brought up in the same city (albeit a different borough of New York City), could this just have made for a good background story for our hero, showing that Miles’ parents were concerned for his future and went to great lengths to ensure it went well for him? Totally. But a blatant anti-union agenda attacking the public school system? In a Spider-Man comic? Unlikely. It’s a comic book. While everyone may have an opinion about education (to which they are all entitled), this would be the most boring storyline ever for a Spider-Man comic. Something tells me that Miles Morales will have bigger fish to fry than the educational system.