I am Legend Warner Bros. Reboot | The Mary Sue

Maybe Batman v Superman: Dawn of Justice can put in a billboard for I am Legend? 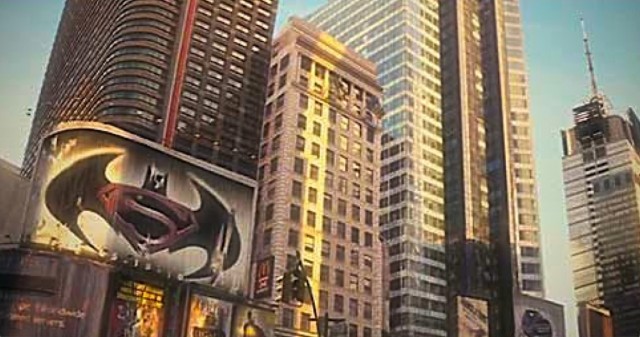 Way back in 2007, I Am Legend got some chuckles out of audiences with a particularly Warner Bros. easter egg. In order to emphasize that the film was set in an alternate future of the earth, Will Smith’s Robert Neville wandered by a massive billboard for a live action film featuring both Batman and Superman, with a release date in the then distant year of 2015. And now that we actually have a Batman v Superman film set to release in, okay, well, in 2016, I guess Warner Bros. has decided it’s time to take another swing at the franchise with a new spec script.

The 2007 film was favorably received by critics and audiences but is generally known to have fallen apart in its conclusion, an ending that was infamously pasted on to the back of the film after test audiences reacted with confusion at the much darker twist ending of the 1954 novel the movie was based on. Between the cobbled together ending and star Will Smith’s dislike for sequels, there hasn’t exactly been much buzz to continue where it left off. Now, according to Deadline, Warner Bros. is developing an unrelated post-apocalyptic spec script as a reboot of the I Am Legend property.

Gary Graham’s script A Garden at the End of the World isn’t actually set in the world of I Am Legend, but Warner Bros. is apparently banking on it being an easy setting transition to make.

Amid several bids, Warner Bros acquired what was described as a sci-fi version of John Wayne’s The Searchers. When Graham was brought in to rewrite his script, the studio by then had talked to the I Am Legend producers and noted enough similarities to the themes and mythology of that film that they asked the scribe to consider a redraft to fit that property.

I haven’t seen The Searchers myself, but Wikipedia describes is as one of cinema’s most beloved and critically examined westerns, and notes that while the film is largely about a group of white men’s adventures while attempting to rescue captured white women from Native Americans, the themes of ingrained racism and its ability to lead people to dehumanize others are worked in throughout the film. Those themes are pretty central to I Am Legend the novel and were what many folks were missing in I Am Legend the movie.

I Am Legend (2007)’s producers Akiva Goldsman, James Lassiter, and Joby Harold are back to produce this possible new installment, as well as Roy Lee (a whole lot of good stuff) and Brooklyn Weaver (Extant, The Number 23).