Surprise! That DNA “Evidence” Shows We’re All Jack the Ripper Victims! Or Something Like That

These scientists need a lesson from Mr. DNA. 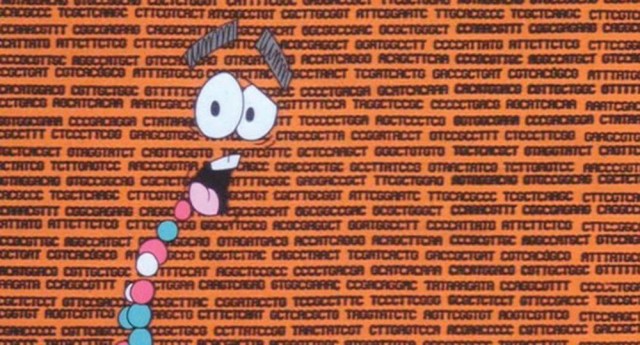 Oh no! The (most) recent supposed Jack the Ripper identification was wrong! He’s still at large! Wait, what do you mean he lived over 100 years ago?

The Daily Mail is somehow fueled about 15% by Jack the Ripper unmasking stories 100 years after the fact, so we weren’t expecting their most recent naming to hold a lot of weight. Luckily for them, the wild conjecture machine can continue, because the DNA evidence in Russell Edwards’ book Naming Jack the Ripper has come under fire.

As it turns out, DNA takes very precise measurements to understand. Dr. Jari Louhelainen was just a liiiiitle bit off when he concluded that DNA evidence proved that a shawl with suspect Aaron Kosminski’s DNA on it also contained the DNA of Ripper victim Catherine Eddowes. What he thought was a fairly rare DNA mutation called 314.1c was actually 315.1c, which is shared by 99% of people of European descent. So as far as this specific “proof,” Eddowes is getting her own “I am Spartacus” moment.

Even worse, Louhelainen even made a fairly basic error in calculating the likelihood of 314.1.c itself. The Independent quotes Louhelainen from Edwards’ book:

This DNA alteration is known as global private mutation (314.1C) and it is not very common in worldwide population, as it has frequency estimate of 0.000003506, i.e. approximately 1/290,000. This figure has been calculated using the database at Institute of Legal Medicine, GMI, based on the latest available information.

One in 290,000 would be pretty rare, but as Sir Alec Jeffreys—the father of DNA fingerprinting—has pointed out, that would be an impossible figure to extrapolate from that database, since it only has 34,617 entires. “The random match probability of a sequence only seen once is therefore roughly 1/34,617. With a database of this size, it is impossible to arrive at an estimate as low as 1/290,000,” Professor Jeffreys said.

What’s more likely is that Dr. Louhelainen put a decimal point in the wrong place while doing his work back when the database contained around 29,000 entries to give the 1/290,000 figure.

A spokesperson for Sidgwick & Jackson, the publishers of Naming Jack the Ripper, said: “The author stands by his conclusions. We are investigating the reported error in scientific nomenclature. However, this does not change the DNA profiling match and the probability of the match calculated from the rest of the haplotype data. The conclusion reached in the book, that Aaron Kosminski was Jack the Ripper, relies on much more than this one figure.” But the helping of salt you should take with the book’s evidence has just grown an order of magnitude.

Can we all just drop it and let poor Mrs. The Ripper and the families of the victims rest now? Probably not. Tune in next week when The Daily Mail has more proof of Jack the Ripper’s identity that just turns out to be a mixup with Jesse and the Rippers. Important evidence:

Decimals and words are hard, OK?

(via Gizmodo, image via Jurassic Park)