Health Effects of a Hunger Strike | The Mary Sue

What Happens to Your Body During a Hunger Strike

As many as 30,000 California prisoners are refusing meals today. Here's what they have to look forward to. 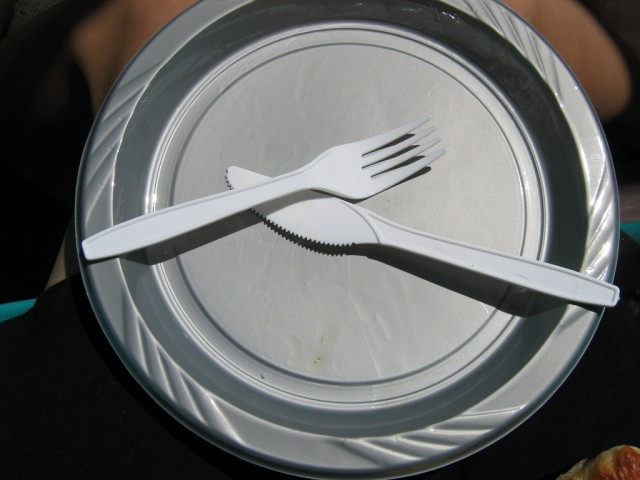 This morning in California, nearly 30,000 inmates in prisons throughout the state’s penitentiary system entered the second day of an apparent hunger strike. While the beginning of Ramadan — during which Muslim prisoners do not take meals during daylight hours — has complicated an exact count, it’s becoming clear that thousands of the prisoners who refused meals yesterday did so not out of religious obligation, but in solidarity with prisoners at the Pelican Bay State Prison who are protesting what they call abusive policies that can find prisoners suspected of gang ties locked in solitary confinement for decades at a time. While this isn’t an official hunger strike yet — the state’s policy is not to deem a prisoner on hunger strike until he or she has missed 9 meals — this looks a lot like the beginning of the largest one seen in America in some time. With that in mind, we bring you this primer on what happens to the body during a hunger strike. Just a warning: It’s not pretty.

While they’re often a good way of attracting attention to a cause, hunger strikes wreak havoc on the bodies of those undertaking them. Though strikers have lived for more than two months without food — IRA member Bobby Sands survived his hunger strike for 66 days in prison before succumbing to death in May, 1981 — the effects set in nearly immediately.

Most of us are familiar with the pangs of going too long without a meal. That’s because after just a few hours without food, your body has burned through much of its readily accessible supplies of glycogen, the most plentiful and easy to reach source of energy stored in your body, mostly in the liver and muscles. If food is not taken over the following the two or three days, most people will use up their entire glycogen stores. In these first few days, symptoms are mild, including hunger pangs, bad breath, headaches, and a feeling of exhaustion. While hunger pangs — strong contractions of the stomach — generally pass within these first couple days, it’s after 72 hours that a real hunger strike is in effect. Hence California’s 9 meals rule, which finds prisoners to be on a hunger strike after about three days.

In the days that follow, the body of a hunger striker begins to break down stores of energy in fat and muscle, essentially cannibalizing itself to survive. As their bodies harvest any available energy stores to power the brain, the body rapidly sheds both muscle and fat, and levels of important nutrients like phosphorous and magnesium are depleted. Still, the first two weeks of a hunger strike are, while profoundly unpleasant, generally not life-threatening. In fact, fasts of this length are occasionally even taken for health reasons, points out Sharman Apt Russell, author of the 2006 book Hunger: An Unnatural History:

Then the body often settles into a kind of acceptance and starts doing something that only humans and a few lactating ungulates do — we switch from the use of glucose as our fuel to a new energy converted from our fatty acids called ketones. We start consuming or eating ourselves ourselves with extraordinary precision. Probably the biggest danger of fasting in the first weeks is lowered blood pressure which can cause fainting which can cause you to fall down and hit your head.

Once the two week threshold is passed, though, it’s a different story. After two weeks, the symptoms associated with extreme hunger — dizziness, exhaustion, the inability to stand up — often begin to take their toll in earnest. Muscle atrophy can begin to grow serious at this point, and control over those muscles can be hampered by ataxia, a condition resulting in a jerky walking gait and loss of motor control. A slowed heartbeat, known as bradycardia, is also typical during this period. The sensation of thirst can be dulled, and many strikers report feeling cold constantly. This is also when thiamine deficiency sets in on many hunger strikers, further damaging muscles and often causing vomiting and difficulties with vision.

This thiamine deficiency is aslo the cause of problems after four or five weeks without food, which can include vertigo, uncontrollable eye movements, and double vision. After six weeks, the grueling symptoms of a hunger strike become life-threatening for most. Higher brain function is severely impaired, rendering victims incoherent and confused much of the time. Hearing loss and blindness have been reported, and hunger strikers who go without food for more than six weeks are at risk of death from heart failure or, more rarely, a buildup of toxins in the system that can result in sepsis, and infection of the blood. Says Russell:

If you fast to the point where you have consumed your supply of vitamins and minerals, you can get jaundice and scurvy. You have double vision. You vomit green bile. You have lesions throughout your nervous system. Your skin bleeds. Your cells don’t have the energy to perform basic functions. Basic systems break down.

So needless to say, starving to death is not a pretty way to go. It takes its sweet time, though, meaning that corrections personnel will have some time to learn more about prisoners demands after the strike becomes official tomorrow evening. Here’s hoping prisoners and officials sort out their grievances before anyone dies over this. And lest we forget, while California’s incipient hunger strike is massive, it’s not alone in the headlines.

More than 100 prisoners at Guantanamo Bay have already been on a hunger strike for a month, with some being force-fed by physicians while others enter the worst — and most dangerous — period of a hunger strike. Russell suspects that similar force-feedings will take place in California prisons before prisoners are allowed to endanger themselves in the late stages of fasting, but with so many prisoners seemingly involved, it’s unclear whether that’s a logistical option for corrections personnel.