Guy Who Tried to Sneak Back Into Jail’s Going Back to Jail, Totally Fine With That 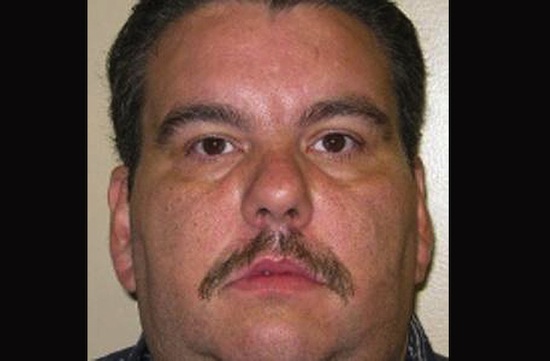 36-year-old Matthew Matagrano, pictured above, is a convicted sex offender. That’s not what got him in his latest legal trouble, though, as he was arrested last month for impersonating a corrections officer so he could be back in the place he loved the most — Rikers Island, where he posed as an employee at the jail for at least a week. It looks like Matagrano, who has expressed a desire to return to jail,  will get his wish, as the DA prosecuting his case is seeking to have Matagrano locked up for at least a decade. Sounds like a win-win to us.

Matagrano has been in and out of the prison system since 1996 when he was convicted of sexually assaulting a fifteen-year-old. Like me, you might really hope that’s the sort of think that keeps a person “in” prison since 1996, but hey, you’ve gotta make room for people with substance abuse problems in the criminal justice system, right? Because…reasons. Sure. At the risk of jumping the rails entirely, we’ll get back to the matter at hand.

While serving time, Matagrano found prison to be more comfortable than most of us might assume, telling officers that he had returned to jail because “they were nice” to him there. “They gave me food,” Matagrano added. Though he has — rather confusingly — entered a plea of not guilty on the latest charge of felony burglary, we like the odds that Matagrano makes his return to lockup shortly following his May 16 court date. And really, that seems like the best outcome for pretty much everyone concerned.