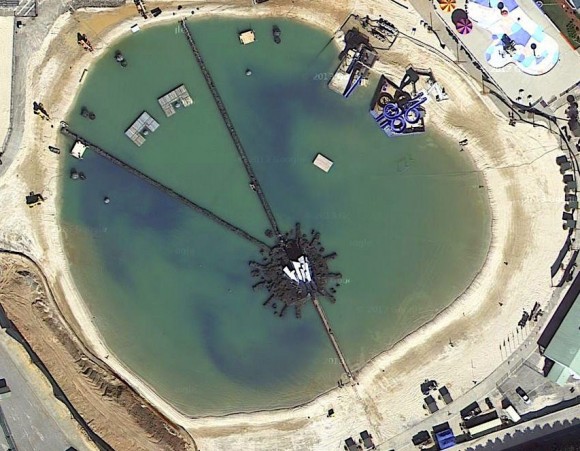 Oh, Hunger Games fans… Some sleuthing fans of the series turned up this imitation lagoon, initially built for the 1996 Olympics, refilled and rebuilt to represent (through a lot of movie magic) all twelve sections of the Quarter Quell’s arena.