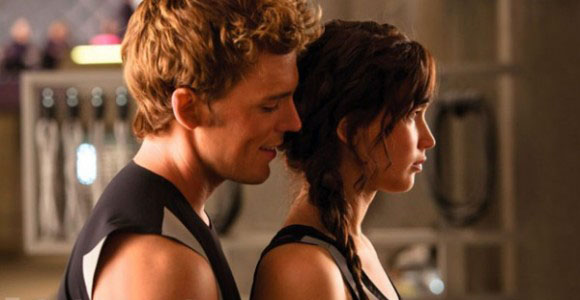 We’re not sure how intense the search was to find an actor for the role of Finnick Odair in The Hunger Games: Catching Fire but for fans, it was nerve-wracking. Everyone had a different idea of what this god-like creature must look like in order to match what they imagined while reading the book. Eventually, it was Snow White and the Huntsman star Sam Claflin who secured the coveted role and he admits he wasn’t sure he was up to the task in the looks department.

In an exclusive interview with Entertainment Weekly, the actor spoke about the audition process, which happened while promoting Snow White.

“Finnick is this tanned, green-eyed, sex god,” laughs the 26-year-old Brit over sodas at his Waikiki hotel on a day off from shooting. “I’m thinking I’m brunette, I have loads of stubble, at the time I was by no means in shape. This guy walked in just after my audition who looked like Brad Pitt in Thelma and Louise. Yeah, I’m not going to get this.”

But get it he did, and Claflin is now in charge of brining the 24-year-old Victor from District 4 to life. After his win in the arena, the handsome character winds up sleeping with Capitol residents in exchange for secrets.

At the parade for the Quarter Quell, Finnick is dressed in nothing but a fishing net with strategically placed knots. He approaches Katniss with a sugar cube in an attempt to flirt but she fails to fall for his charm. That scene, however tantalizing, had to be slightly changed for the screen.

“They did have to tone it down from what it is in the book because they can’t make it too graphic if you know what I’m saying,” he pauses with a sheepish smile. “Because it was just a knot covering his, basically, you know what I’m saying! I was definitely prepared to do anything. But the costumer said ‘Well we can’t have you in nothing’ so I’m kind of covered up.” Still the scene left Claflin feeling rather exposed. “It was the scariest moment of my life,” he says with a laugh.

Shooting wrapped late last year on The Hunger Games sequel and while Claflin would love to gift his mother his wetsuit, it’s the famous trident he’d like to keep for himself. “Though I don’t know what my fiancée will think about the décor in our house,” he said.