Hubble Space Telescope Gets Life Extension of Another Five Years 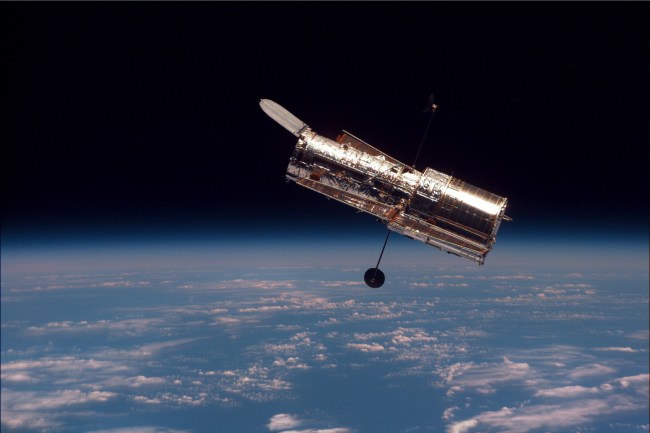 Unlike “four more years,” which typically winds up annoying about half the country—give or take—five more years is pretty universally exciting, because it means half a decade more of science using a piece of equipment that was only meant to last until 2005: the Hubble Space Telescope.

The telescope, which has been bringing us amazing pictures of space for years, originally launched in 1990 with a planned life of 15 years. Now, already beyond that timeframe, the Association of Universities for Research in Astronomy has just had their contract renewed to continue working with the space observatory until June 30, 2021. That’s long beyond the last time astronauts serviced the telescope in orbit in 2029, and it could yet see additional extensions in the future.

That means it’ll actually get to work alongside its successor, the more powerful James Webb Space Telescope, in peering deep into the cosmos. NASA explained of the $196.3 million contract extension: “This contract extension covers the work necessary to continue the science program of the Hubble mission by the Space Telescope Science Institute. The support includes the products and services required to execute science system engineering, science ground system development, science operations, science research, grants management and public outreach support for Hubble and data archive support for missions in the Mikulski Archive for Space Telescopes.”

To celebrate this wonderful occasion for astronomy, take a look through the amazing space pictures Hubble has brought us over the years and prepare for even more to come.