Hulu and Marvel Cancel Howard the Duck and Tigra & Dazzler

The Jeph Loeb era of Marvel TV is coming to an end. 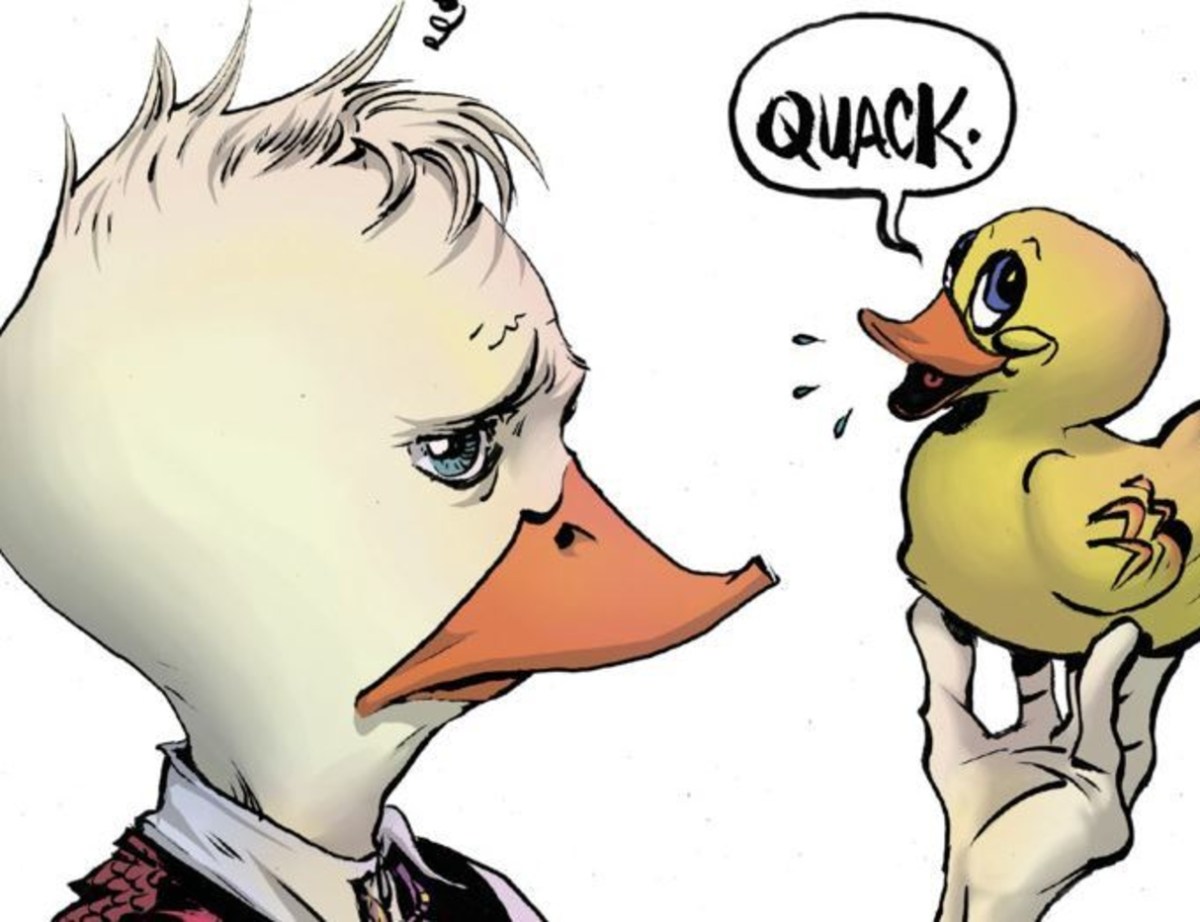 Marvel and Hulu have cancelled Howard the Duck and Tigra & Dazzler, effectively wiping out half of their adult animation block. The two series were announced last year along with M.O.D.O.K. and Hit Monkey, both of which are still in the works.

The four series were announced in February, and would have culminated in a Defenders-like crossover event tentatively titled The Offenders.

Howard the Duck was written and executive-produced by Kevin Smith and Dave Willis (Aqua Teen Hunger Force), and would have followed the adventures of everyone’s favorite alien fowl.

Alas, Howard remains trapped in a world he never made. Thanks to #JephLoeb, @DaveWillis2 and the Best Duckin’ Writer’s Room for all the effort. May we all @Marvel meet again one day on something else! https://t.co/e05ad0zn1M

Chelsea Handler and Erica Rivinoja (The Last Man on Earth) were developing Tigra & Dazzler, which was the only animated series of the bunch that was helmed by women. The female-fronted series was paused in December after the network decided the show needed a creative overhaul.

These cancellations are part of a larger consolidation of Marvel’s TV properties. As Kevin Feige assumes control over everything Marvel, Jeph Loeb, who previously headed up Marvel TV, is leaving the company.

It’s hardly a surprising turn of events, as Feige is looking to streamline the Marvel TV brand within Disney+ and Hulu (which Disney owns a majority stake in). He is also looking to create a shared world wherein the Marvel Cinematic Universe and Marvel TV can overlap with characters like Scarlet Witch, Falcon, and Loki can appear on both the big and small screen. After the record-breaking run of the MCU, it’s clear that anything Feige touches turns to gold.

The Loeb era has been more of a mixed bag. While he oversaw critically acclaimed Netflix series like Daredevil and Jessica Jones, The Defenders and Iron Fist fell flat and failed to draw a big audience. Loeb also oversaw the long-running Agents of SHIELD, which wraps its run this year with its seventh and final season.

But Loeb has also seen several series under-perform (Agent Carter) and flop (Inhumans, anyone?). Marvel has already cancelled Hulu’s Runaways after its third season, as well as Freeform’s Cloak and Dagger. In addition, the highly anticipated Gabriel Luna Ghost Rider series, an Agents of Shield spin-off, was abruptly cancelled after a series order at Hulu.

It is unclear what the future holds for Marvel on Hulu. We know that M.O.D.O.K. (fronted by Patton Oswalt) and Hit Monkey are still happening, as is the Helstrom series, which is set to have more of a horror tone than previous Marvel series. Since Disney+ is committed to a family-friendly mandate, Hulu should naturally be home to more adult Marvel fare that pushes the envelope.

After all, given the massive success of Daredevil and films like Deadpool, there is clearly an audience for R-rated comic book content. The only question that remains is whether Feige will deliver the content that audience craves.