Marvel’s Agents of S.H.I.E.L.D. to End Its Run After 7 Seasons

It's been quite a run for the MCU's flagship series. 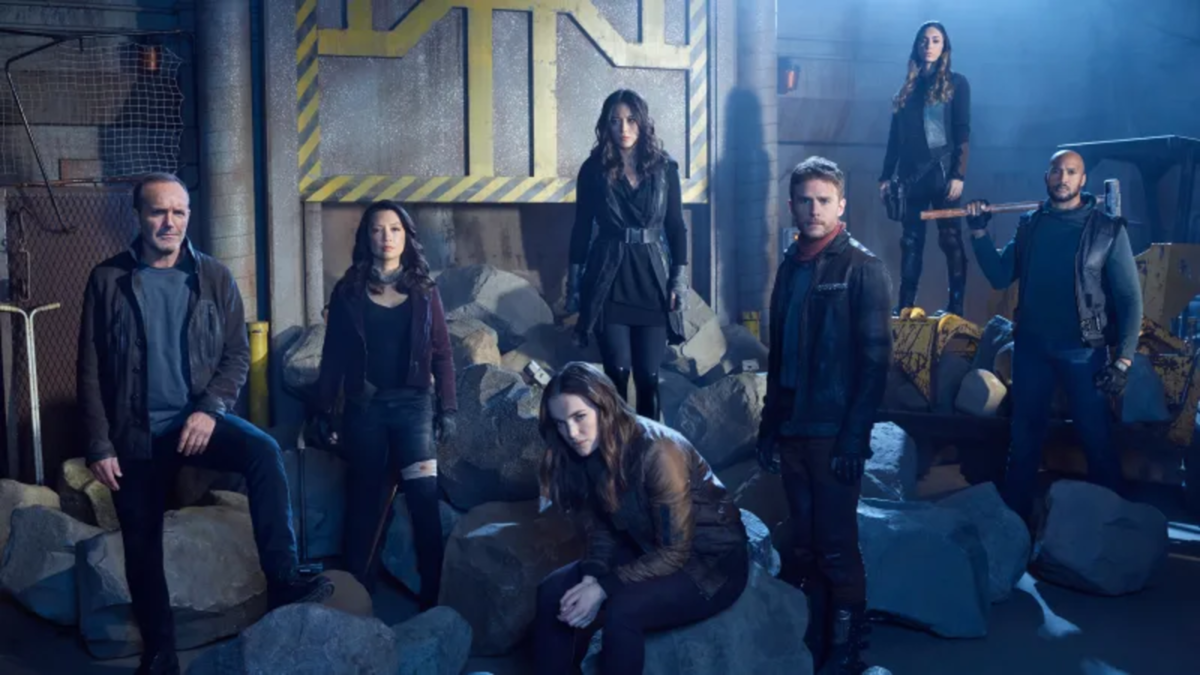 After seven seasons of plot twists, new characters, and near cancellations, Marvel’s Agents of S.H.I.E.L.D. will be hanging up its armor in 2020. The long-running ABC series, which is currently in the middle of season six, has made the announcement ahead of their Hall H appearance at San Diego Comic Con later today.

Marvel TV Head Jeph Loeb said of the ending, “When you know that’s what you’re doing, you can take greater risks, of life and death … Those kinds of decisions suddenly now are real on the table because you’re not playing how do we undo this when we get to the next season. You’re playing that this is going to be the end of the story.”

AoS premiered in 2013 as the Marvel Cinematic Universe’s first foray into television. The series centered on MCU fan favorite agent Phil Coulson (Clark Gregg) who is mysteriously resurrected after his death in 2012’s The Avengers. The series followed Coulson’s team of agents, which included the fierce Melinda May (Ming-Na Wen), scientists Leo Fitz (Iain De Caestecker) and Jemma Simmons (Elizabeth Henstridge), and new recruit Daisy “Skye” Johnson (Chloe Bennet) as they traveled the world taking on Hydra, aliens, Inhumans, and a host of other enemies.

AoS is a show that I’ve loved, left, and returned to over the course of its seven seasons. It was the first of its a kind, a series that was linked to the larger MCU with appearances from big-screen characters like Nick Fury (Samuel L. Jackson), Lady Sif (Jaimie Alexander), and Maria Hill (Cobie Smulders). This was both a blessing and a curse for the series.

On the one hand, AoS was constrained by the limitations of the MCU. But there were moments where the series capitalized on larger MCU events, like the reveal of Hydra’s infiltration into S.H.I.E.L.D. in Captain America: The Winter Soldier. This twist, and the ensuing reveal that agent Grant Ward (Brett Dalton) was secretly Hydra, gave the end of season one a much-needed emotional boost.

As the series progressed, it moved further away from the constraints of the MCU and delved more into Marvel’s deep bench of characters. The series introduced and explored Inhumans, chiefly through Daisy, who undergoes Terrigenesis in season 2, episode 10 “What They Become”. Now imbued with superpowers, Daisy becomes “Quake,” making her the first super-powered agent of the team.

Loeb said of the legacy of the series, “We’ve been able to do things as radical, and I mean radical in the best artistic way, as Legion and as romantic, and I mean that in the most artful way, as Agent Carter. You really get a sense of how this catalog of characters has existed for 75 years. It’s because each one of those voices and the way that they’re told, and if you’re a comic book fan, you know this, but if you’re a television person, you’re going, wow, these all feel different, and yet, it all feels like it’s part of the same world.”

The gratitude we feel for the army of incredible fans/friends/agents who gave us this epic journey is difficult to express. It’s a show about a family and you are ours. Thank you. #agentsofSHIELD #CoulsonLives #BadassFanBase

Are you sad to see AoS go? Share your feels in the comments!