How To Knit Your Own One Ring Scarf 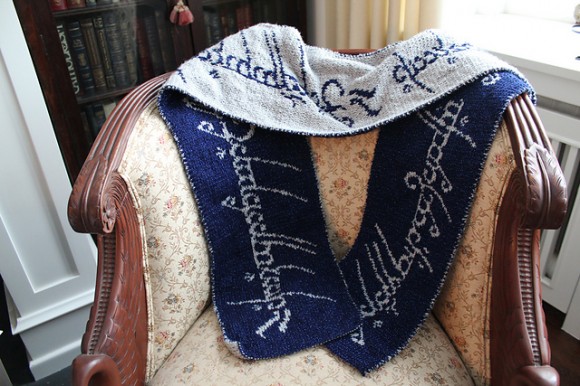 Okay, I know I just posted something One Ringish just a few posts ago, but will you look at this cozy scarf? I mean, it’s covered in beautful elvish lettering that spells out, in the Black speech of Mordor which has no written equivalent, its use in sealing the doom of the races of Middle Earth.

Perfect for snuggling up in this winter, when the fires of Mount Doom aren’t exactly burning in your boiler, know what I mean? The pattern is available for free from Diana on Ravelry, so you better get going if you want to have yours done in time for The Hobbit‘s premiere.

craftsDIYknittingThe Lord of the Rings