Woman Walks Marathon While Watching a Lord of the Rings Marathon 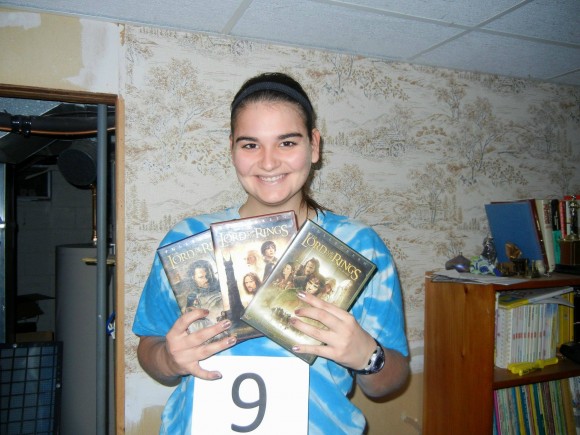 This may be the greatest thing I’ve ever heard of. This woman, who goes by preservetheverve online, decided to walk/run a marathon while watching all three of Peter Jackson’s The Lord of the Rings. Here’s what she had to say, “In honor of The Hobbit coming out in December, I decided to have an unexpected journey of my own. 26.2 miles in 9 hours and 18 minutes, a movie marathon marathon.” Before you put on your nerd monocle and fault her for not watching the extended editions, first of all, think about how long that would be, second of all, read this: “When we watch our family LOTR marathon for real we will watch all three extended edition blurays on widescreen with hobbit themed food.” Booya.

So what’s next? “Now I just have to figure out how to do a Triwizard Triathlon,” she wrote. I can see this catching on. Before you try it yourself though, read the comments on her post to hear the entire experience.