How Much Candy Is Given Out On Halloween? | The Mary Sue

Fuzzy Math: How Much Halloween Candy are We Going to Give Out Tonight? 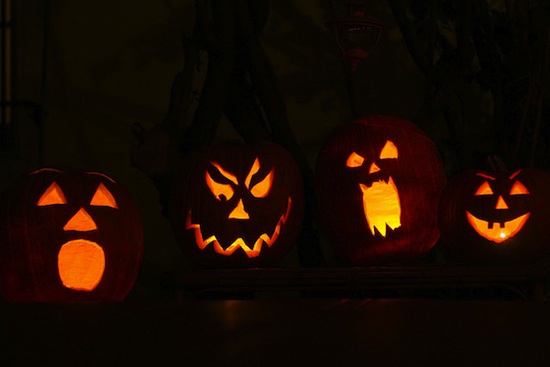 Halloween is the best night of the year, end of story. Costumes are applied, tricks are played, horror movies are snuggled up in front of, but most importantly, children will go door to door adorably threatening to start doing property damage unless their demands for a sugary ransom are met swiftly and surely. Whatever else happens tonight, from ice storms to hurricanes to the raising of the dead, kids are going to get a lot of candy from people just like you. How much, exactly, though? Well, we don’t know precisely how much candy we’ll give kids tonight, but we’ve run some numbers on this matter, and you can find our conclusions after the jump.

Speaking with the Chicago Tribune, a spokesperson for the National Confectioners Association provided an estimate of about $2.4 billion in candy sales this Halloween. However, that doesn’t tell us how much candy will really end up piled high on living room carpets and stashed in sock drawers tonight. For that, we need to do some some quick and dirty math.

In the interest of full disclosure, it should be noted that math was never my finest subject in school. My finest subject was “Drawing Badass Skulls and Band Logos In Notebook Margins,” with math rather low on the list, somewhere between “Showing Up For P.E.” and “Pretending I’d Read the Chapter In English.” Thus the following equations are not to be taken seriously except as a very rough estimate based on the limited but best data available.

At a nearby Walgreens, a Reese’s variety pack went for $5.99 for a 30 piece sampler of Reese’s Pieces, weird-but-tasty fun size Fast Break bars, and Peanut Butter Cups, the number one with a bullet gold standard for Halloween candy. That last fact is not up for debate, as while I am not so good at math, I have spent the best years of my life determining what candy is best and am something of an authority in the field. At about $6 a bag, that $2.4 billion translates to about 400 million bags of candy. That in turn becomes about 12 billion individually wrapped snack size candies, or roughly 417, 500,000 pounds or chocolatey, peanut buttery deliciousness.

Now using the Census Bureau’s best estimate of 41,131,310 kids between the ages of 5 and 14 in the United States, we can estimate that each kids’ plastic pumpkin or, when you’re older and doing it right, pillowcase, contains about 10.1 pounds of Halloween booty. Not to toot my own horn or anything, but that feels like it would have been a pretty light haul for me back in my Halloween heyday. That said, during my Halloween heyday, people could still buy a moon pie and a penny whistle for a dime and have enough change leftover to see a double feature at the Odeon, so maybe consider the source.

It should be noted that we can’t account for several factors that will affect the overall candy haul for kids this evening. These include:

If anyone better at math than us wants to take this and run with it, we would be very interested and forever grateful, even if it’s just to demonstrate how pitiful my math skills really are. Further, if anyone wanted to take the next reasonable step and look at how much candy it takes to produce a tummy ache or a weird post-Halloween nightmare, we think it would make a great thesis and would look forward to nominating it for the Nobel Prize for which it would no doubt be a mortal lock.