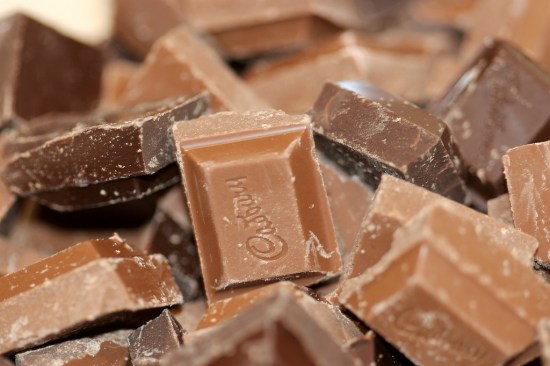 Most of us can agree that chocolate is delicious. However, we probably also agree that eating a lot of it is probably not a good thing from a dietary or waistline standpoint. However, a new study from the University of California, San Diego suggests that people who eat chocolate on a regular basis may actually be skinnier than people who do not indulge as often.

The research, which was published in the Archives of Internal Medicine, looked at 1,018 San Diego men and women. They found that of those involved in the study, the ones who regularly ate chocolate, often had a lower body mass index (BMI) than people who did not, even after the researchers controlled for variables like how often a subject exercised.

Lead author Beatrice Golomb writes that this suggests chocolate contains compounds which give a boost to your metabolism — for instance, caffeine — and actually reduce or offset the calories consumed. The results, however, were beyond what Golomb expected. She’s also quoted by the BBC as saying that our view of caloric intake might be somewhat skewed, and simply counting calories doesn’t provide the full picture. From the BBC:

“Our findings appear to add to a body of information suggesting that the composition of calories, not just the number of them, matters for determining their ultimate impact on weight.”

Unfortunately, this is going to be one of those tricky “moderation” things, like how drinking some red wine is good for you, but getting wrecked off Grandpa’s Finest Mixed Red Wine every night isn’t going to help anyone. Chocolate is still chocolate, and eating an enormous amount of it is still not high on the list of healthy choices.

However, the researchers are confident that their work is sound, being quoted by the BBC as saying that there is, “one chance in a hundred that their findings could be explained by chance alone.” Of course, they may have just discovered that people in San Diego are particularly fit. Golomb’s next study will address that, using randomized trials with different meals to see how well the effect stands up.