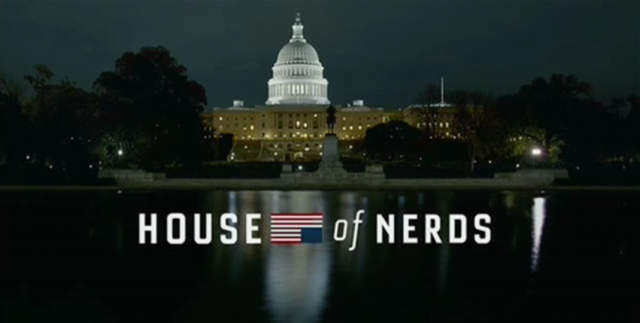 Last night was the annual White House Correspondents’ Dinner, or “Nerd Prom” as it’s jokingly called. Besides a performance by talk show host Conan O’Brien, the dinner also featured a parody of the Netflix series House of Cards with the star of the show Kevin Spacey reprising his role as Frank Underwood. The clip features a number of political figures playing themselves, and also a Big Gulp.

With the exception of Spacey, the acting in this thing is terrible, which is what can be expected when you have people like John McCain, Michael Bloomberg, Steny Hoyer, Valerie Jarrett and more playing themselves. Awful acting aside, this thing actually feels like a scene out of House of Cards in terms of production value.

It’s a little inside-the-beltway in the both the literal sense of most of the jokes being based around specific political things — including an Anthony Weiner “pickle” joke — but it also draws on references to House of Cards itself. Political junkies with a Netflix account will probably love it, but the humor could be lost on a lot of other people. That’s not surprising, considering that it was made specifically for the attendees of the White House Correspondents’ Dinner.