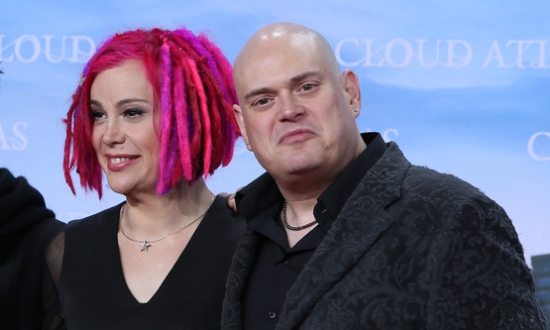 Here’s a sentence that has so many great things in it, it’s almost unbelievable: The Wachowskis will be teaming up with J. Michael Straczynski and Netflix to produce a new sci-fi series called Sense8. Remember yesterday when I said if Spotify is going to get into video production they need to do it really well? This is the kind of thing I meant.

The Wachowskis do great work. I love The Matrix , V for Vendetta, and I’ll even make a case for why Speed Racer is worth your time. Having the Wachowskis team up with Babylon 5 creator Straczynski for their first foray into television is really exciting.

There aren’t a lot of details about the show itself, but the Wachowskis did say where the idea came from:

Several years ago, we had a late night conversation about the ways technology simultaneously unites and divides us, and out of that paradox Sense8 was born.

While that doesn’t give us much in the way of story, it’s at least something. It’s also a theme that’s pretty wide open for the world of science fiction. I’m not the only one excited about this team up. Netflix appears to be pretty pumped as well. Their chief content officer Ted Sarandos said:

Andy and Lana Wachowski and Joe Straczynski are among the most imaginative writers and gifted visual storytellers of our time. Their incredible creations are favorites of Netflix members globally and we can’t wait to bring Sense8 to life.

Netflix certainly did a good enough job with their original show House of Cards to make me believe that they can pull something of scale together. It also shows that there’s a bright future ahead for original content from online video providers.

The Wachowskis and Straczynski seem like a pretty ideal team up. Who would you like to see get together for the next big thing in Internet television? I think Mr. T and Zach Braff should get together for a period piece where they solve crimes.

(PR Newswire via The Verge, image via o2 in Deutschland)