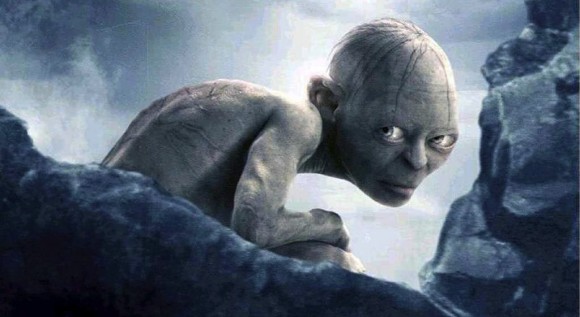 Not cool, Saul Zaentz Company. Not cool. The prehistoric humanoid species Homo floresiensis is commonly referred to in the scientific community by the nickname “Hobbit” due to it being around the same size as J.R.R. Tolkien‘s furry-toed fantasy creatures. But the Saul Zaentz Company/Middle-earth Enterprises, which controls certain Tolkien trademarks, has forbidden organizers of a free lecture on the species from using the title “The Other Hobbit,” saying ”it is not possible for our client to allow generic use of the trade mark HOBBIT.”

This whole situation is vaguely familiar—Zaentz, along with Warner Bros., recently shot down mockumentary The Age of Hobbits for copyright violation; production company The Asylum’s defense was that its Hobbits aren’t Tolkien’s Hobbits, they’re Homo floresiensis, so it’s totally legal, God, get off our backs! I think Zaentz has a case there, as Asylum was clearly using the name exclusively to piggyback off of Peter Jackson’s films and make money by doing so.

But Zaentz. C’mon. You’re not even going to let a free lecture by two of the archaeologists who discovered the species that’s been referred to as “Hobbits” for years use the name? That’s a little harsh. Says Dr. Brent Alloway, the associate professor who is organizing the event:

“I am very disappointed that we’re forbidden … to use the word ‘Hobbit’ in the title of our proposed free public event … especially since the word ‘Hobbit’ is apparently listed in the Oxford English Dictionary (and hence apparently part of our English-speaking vocabulary), the word ‘Hobbit’ (in the Tolkien context) is frequently used with apparent impunity in the written press and reference to ‘Hobbit’ in the fossil context is frequently referred to in the scientific literature (and is even mentioned in Wikipedia on Homo floresiensis). I realise I’m in unfamiliar word proprietry territory (as an earth scientist) … so I’ve gone for the easiest option and simply changed our event title.”

Alloway acknowledges that the timing of the event was deliberately meant to capitalize on Hobbit-mania, but, as io9 points out, he and the others involved in the event “are clearly using the word in a different market—scientific, rather than storytelling—and the very fact that they call it ‘The Other Hobbit’ acknowledges Tolkien’s invention of the word.”

This whole thing is just lame. And the new title—”A newly discovered species of Little People – unravelling the legend behind Homo floresiensis”—makes it even worse. It’s so clunky. And as a lover of words, science, and Hobbits, that hurts me. Backtrack on this one, Saul Zaentz Company. Pleeeease?