Things We Saw Today: The Hogwarts Houses as Dresses 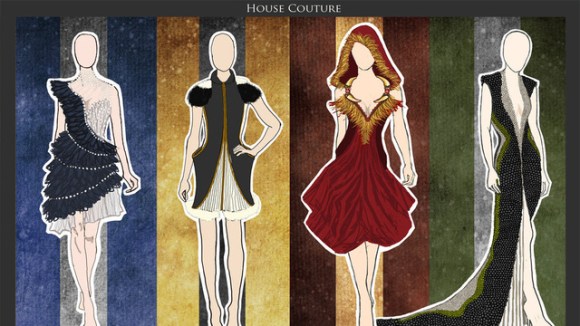 One of the many (many) memorable things to come out of the Harry Potter series are the Hogwarts houses. Each has their own distinct (yet intertwining) vibe. It makes sense, then, to use those vibes (and house animals) as inspiration for these rather striking dress designs (via io9)

College Humor imagined what seven different websites would be as the seven deadly sins. Netflix is sloth:

I feel them breathing against the glass, hear their whispered snippets and spin them back through my own keyboard. We’re all looking into a different window of the same house, watching the same family have dinner, and yet we yell out to each other about it, around its corners or from its second floor, like its something one of us might have missed. We spend days on couches or at desks looking into (or out at?) a universe, still and stationary in our own. Noses pressed to the screens, wondering how the green beans taste.