Finally! A reason to use Pinterest we actually understand. 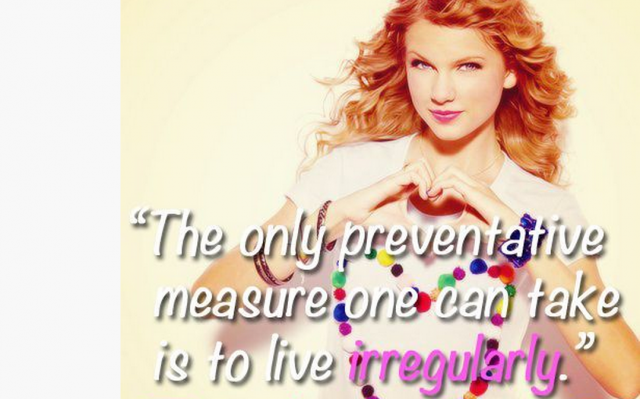 It seems to happen every few months. A picture of a historical figure with a quote credited to them gets passed around the Internet, then someone points out that it wasn’t them who said it. Then someone posts a snarky “Don’t trust Internet quotes — Abraham Lincoln” pic. This is like that, but way better.

Pinterest user Emily Pattinson started a Pinterest board where she posted quotes from Adolf Hitler, which generally I’d frown on, but she credited those quotes to Taylor Swift and put them together with pictures of the singer. Then dumb teenagers shared them — a bunch.

Her most popular one hit 277 repins before Pattinson took the board down:

I’m not sure if I’m ready to call this the greatest Pinterest board I’ve ever seen, but it’s certainly the greatest one I’ve seen about Hitler.

Since every Internet action has an equal and opposite reaction, Reddit users began posting pictures crediting Taylor Swift quotes to Hitler, because fair’s fair? 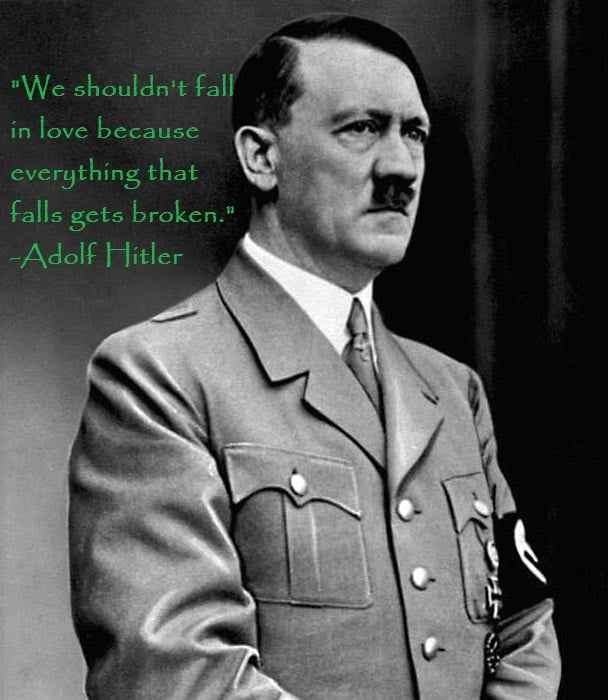 Quick, someone go make 10,000 more of these so I have something to do for the rest of the weekend!