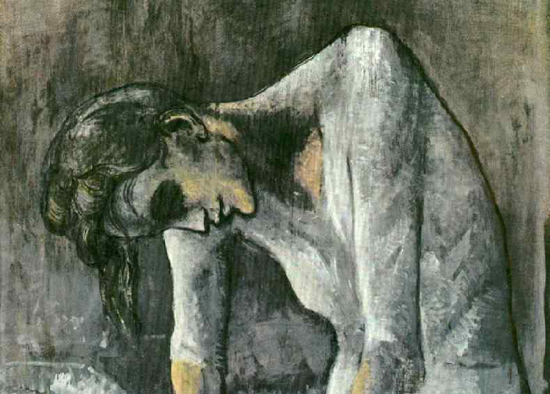 It’s a known fact that artists have painted over previous works in order to reuse canvases. This has even included borrowed canvases, meaning that one artist would be painting over the work of another. This is typically one of those minute details that gets glossed over in the case of lesser artists, but the fact that Pablo Picasso painted his Woman Ironing over an earlier work has been a point of interest since it was discovered in the eighties. Thanks to a fresh batch of infrared images, the hidden work can be viewed in greater detail than ever.

The new infrared images were taken by John K. Delaney, senior imaging scientist at the National Gallery of Art in Washington, by request of the Guggenheim Museum where Woman Ironing currently resides. Using both hyper-spectral and multi-spectral infrared cameras, Delaney was able to reveal details about the underlying work that had previously gone undetected. 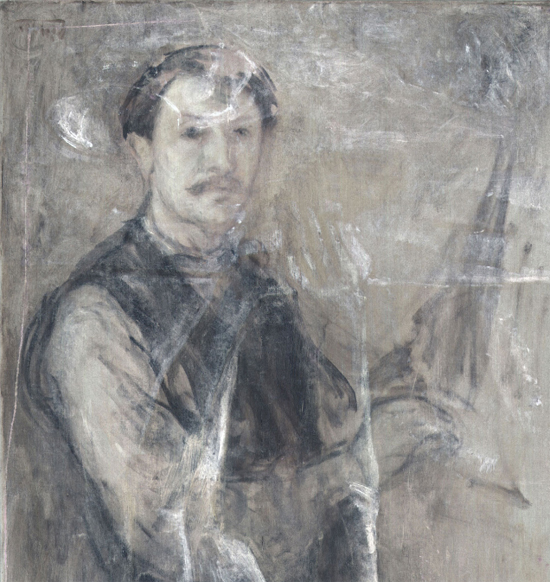 The hidden work depicts a man in a stance much like a self-portrait, but the mustache means that it’s not actually Picasso himself. Compared to the image from the eighties, there are a number of fine details that are now known. The shape of his eyes, for example, and the part in his hair weren’t clear in the earlier image. It’s a fairly significant upgrade, though it’s still not clear whom the painting represents.

The visible work, Woman Ironing, is currently part of the Guggenheim Museum’s Picasso Black and White exhibition, which runs until January 23rd of next year.

(Guggenheim Museum via The New York Times, The Verge)