Heroes Reborn Is Already Getting a Prequel Because What Are You DOING, NBC?

You had your chance at redemption, and that was The Cape. Give it up already. 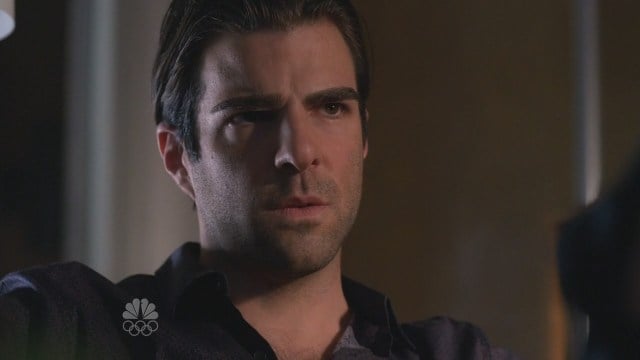 Nothing will ever disappoint a certain generation of TV-watching nerds (cough) quite as devastatingly as Heroes did when it first went downhill, so you can bet that we’re all pretty twitchy when discussing the upcoming 13-episode miniseries, Heroes: Reborn. Well… you might want to be sitting down. You’re about to get twitchier.

NBC has announced that, before the Tim Kring-led miniseries even airs in 2015, they will be releasing a “prequel” called Heroes Reborn: Digital Series for NBC.com, Hulu, and video-on-demand. As someone who was once obsessed enough to read every digital comic book each week and spend hours poring over the ARG during the first season, this concerns me greatly.

After all, part of the reason Heroes failed was because it started to half-ass all the world-building while trying to catch up to the decades of backstory that most actual superhero comic book franchises have under their belts. Plunking down a prequel before the series even airs makes it seem like you’re already expecting audiences to be confused and would rather make them just do extra work in the name of “immersion” rather than actually tell the story you want to tell over the course of the actual series.

By the way, don’t expect too many of the characters you loved—you know, before they were all revealed to be related to each other and then ended up at a circus, or something—to make any guest appearances. Hayden Panettiere (Claire Bennet, AKA the cheerleader) was not asked to be in the series, the Daily News reports. Apparently, she did not even know it was happening until she got a text from her cousin after the news broke. So that’s… that’s a good thing, right? Or isn’t it? I don’t even know anymore.

The prequel series will presumably be released sometime after late 2014, just before Heroes: Reborn actually launches. Personally, until we hear more about the cast and storyline, I will continue to remain cautiously pessimistic. Yatta, or whatever.