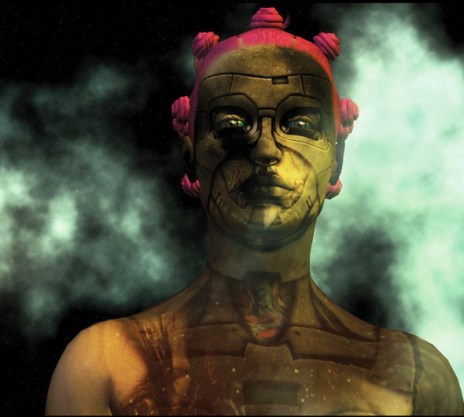 The National Endowment for the Arts is funding a new interactive game from filmmaker and digital media artist Ayoka Chenzira, Ph.D. It’s called HERadventure, a science fiction-based, multimedia platform project intended to target women 18-25 with the aim of bringing awareness to social issues affecting women like depression, discrimination, or pollution. The star of the project is HER, a black female superhero from another planet.

Inside Spelman asks, “What would happen if the societal issues affecting women put other planets at risk?” The answer is HER, the superhero created by Chenzira. Spelman College was recently awarded a $100,000 grant from the NEA to pursue HERadventure and one of four nonprofit organizations to receive a grant for a gaming project.

“We knew that people were making and consuming art in new and different ways and thought it important to support that art making as well as that art experience by the audience,” Alyce Myatt, director of media arts for NEA told Inside Spelman. She said the review panel was impressed with Chenzira’s proposal especially because they planned to “address social issues and was international in scope.” Chenzira said it was inspired by her sense that “what we do on Earth impacts the universe − not just pollution destroying the ozone layer, for example, but our thoughts and how we organize gender roles and social systems also have impact.”

Inside Spelman explains the premise:

The backstory of HERadventure begins when HER, a warrior woman and inhabitant of Earth’s sister planet, comes to Earth to investigate why it is causing her native planet to freeze and slowly die. HER discovers that the auras of Earth’s women are diminishing. Consequently, Earth and other parts of the universe are negatively impacted. HER enlists a corps of “superheroes in training” (HERadventure users) to take meaningful action and offer solutions to issues such as negative self-esteem, discrimination, eating disorders, and depression, which are causing women’s auras to suffer. These issues are dealt with through visual metaphors in a 3-D environment. HERadventure users “teleport” through various levels of the gaming experience by using social networking sites like Twitter and Facebook, with a goal of helping the superhero save her planet and ultimately serve as catalysts for positive change in the virtual and real world.

Inside Spelman writes that according to Chenzira, “Students involved in the next phase of development will work with women’s studies, sociology and art scholars who will consult on the project. They will also have an opportunity to create alongside artists who use filmmaking, 3D animation and computer programming as part of their respective medium.”

The plan is to release HERadventure on International Women’s Day this year, March 8.

(Inside Spelman via Washington Examiner)