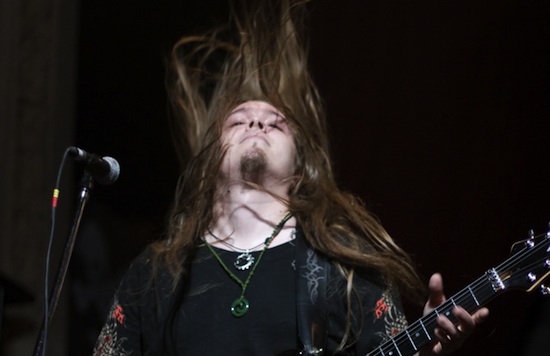 By definition, headbangers might not be the most cautious and health-conscious of crowds, and the British Medical Journal has outlined a set of precautions that it recommends they take to tamp down the head, neck, and brain injury risks associated with rocking out.

Among their recommendations: That metalheads keep their heads safe from high-speed bangin’ and tempo changes by adopting “personal protectiveequipment such as neck braces to limit range of motion” and by dropping heavy metal entirely in favor of easy listening music like “Michael Bolton, Celine Dion, Enya, and Richard Clayderman.”

Results An average head banging song has a tempo of about 146 beats per minute, which is predicted to cause mild head injury when the range of motion is greater than 75°. At higher tempos and greater ranges of motion there is a risk of neck injury.

Obliviousness, or simply very fine, very dry British wit? Either way, as well-meaning as their recommendations are, we rather doubt they’ll catch on.