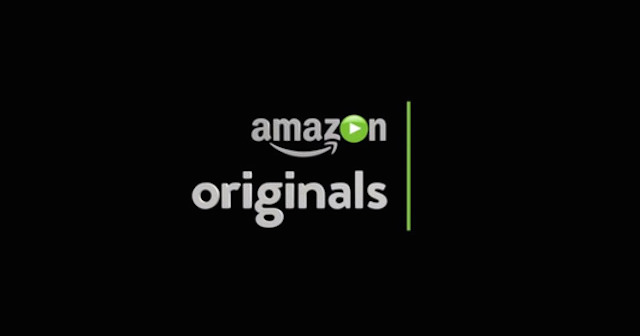 It hasn’t even been two weeks since HBO announced their upcoming project Confederate, after presumably running the idea by zero POC. If they had, they might have predicted the forceful and immediate backlash from everyone who 1. doesn’t trust the Game of Thrones showrunners to suddenly tackle race in a thoughtful way, and 2. don’t want to watch, as writer Pilot Viruet put it, “slavery fanfic.”

Today, Amazon announced a show they’ve had in development for a while. They’d been keeping the premise under wraps but gee, the timing just seemed so perfect. Turns out, they’re also developing an alt-history telling of the American Civil War, but in this version, the country actually tries to amend for the atrocities it’s perpetrated.

Here’s the official synopsis for the show, titled Black America:

“It envisions an alternate history where newly freed African Americans have secured the Southern states of Louisiana, Mississippi and Alabama post-Reconstruction as reparations for slavery, and with that land, the freedom to shape their own destiny. The sovereign nation they formed, New Colonia, has had a tumultuous and sometimes violent relationship with its looming ‘Big Neighbor,’ both ally and foe, the United States. The past 150 years have been witness to military incursions, assassinations, regime change, coups, etc. Today, after two decades of peace with the U.S. and unprecedented growth, an ascendant New Colonia joins the ranks of major industrialized nations on the world stage as America slides into rapid decline. Inexorably tied together, the fate of two nations, indivisible, hangs in the balance.”

And, just for a refresher, here’s HBO’s idea:

“Confederate chronicles the events leading to the Third American Civil War. The series takes place in an alternate timeline, where the southern states have successfully seceded from the Union, giving rise to a nation in which slavery remains legal and has evolved into a modern institution. The story follows a broad swath of characters on both sides of the Mason-Dixon Demilitarized Zone — freedom fighters, slave hunters, politicians, abolitionists, journalists, the executives of a slave-holding conglomerate and the families of people in their thrall.”

Wow, how very novel. Instead of focusing on slave hunters, politicians, and slave-holding executives, Amazon is making the story of slavery about the former slaves. And rather than producing “slavery fan fiction” about a country that, in reality, never actually dealt with its past horrors, this concept imagines a world in which Black Americans have power and agency over their own lives. On top of all of that, their concept just sounds more interesting, doesn’t it?

To make all of this even more exciting, the team behind this is stellar. It’s coming from the brilliant minds of Will Packer (Straight Outta Compton, Girls Trip, the Roots remake, and tons of other successful movies) and Aaron McGruder, the Peabody Award-winning creator of The Boondocks.

Oh, and remember that awful interview where David Benioff called himself a “history nerd” but couldn’t remember the names of battles? Amazon has already hired historians to consult on the project.

Of the HBO show, Packer says its concept doesn’t interest him. He told Deadline, “the fact that there is the contemplation of contemporary slavery makes it something that I would not be a part of producing nor consuming. Slavery is far too real and far too painful, and we still see the manifestations of it today as a country for me to ever view that as a form of entertainment.”

As for his show, “It was something that was personally intriguing for me as a black American.” He’s tackling some giant ideas, asking “what if reparations were given, what would this country and that alternate country look like today, how would Americans look, our communities, relations, I think that there definitely is a message about how we co-exist today where that didn’t happen, there weren’t reparations, and you still have black Americans who are suffering from the effects of slavery in various ways. You still have the prison-industrial complex that disproportionally imprisons black and brown people, you can trace that back for many reasons to slavery.”

He also says the show will be “a drama, but it wouldn’t be Aaron McGruder without traces of his trademark sardonic wit.”

HBO: We stand by the vision of the show's crea-

Antz vs. A Bug's Life got nothing on this https://t.co/CTxm9H1meC

HBO: What if we gave 2 black writers second billing!
Amazon: What if we made them Showrunners!!!!#NoConfederate

Me signing up for Amazon Prime after seeing this Aaron McGruder announcement for his new post-reparations #BlackAmerica television series. pic.twitter.com/O44PiaZSBY