There Are So Many Things Wrong With HBO’s Confederate Idea 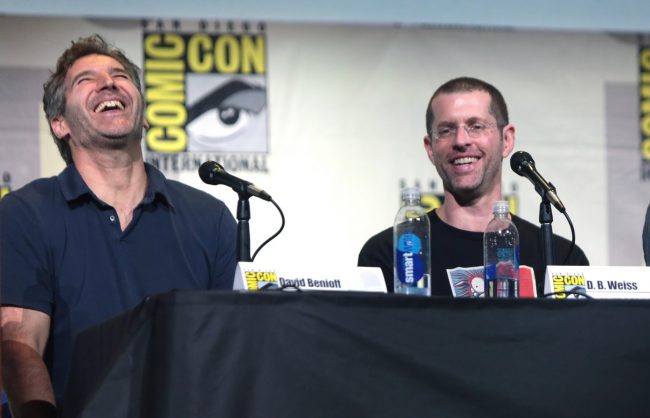 Yesterday, HBO announced a new show they’re developing with D.B. Weiss and David Benioff, the creators and showrunners of Game of Thrones. The new project is called Confederate, and tracks an alternate historical timeline in which the Southern states seceded from the Union and  where slavery is then still legal “and has evolved into a modern institution.” According to HBO, “The story follows a broad swath of characters on both sides of the Mason-Dixon Demilitarized Zone — freedom fighters, slave hunters, politicians, abolitionists, journalists, the executives of a slave-holding conglomerate and the families of people in their thrall.”

A whole lot of people at HBO must have thought this was a great idea.

Let’s be clear, this show will probably be super successful, and tons of people will watch it. Because it’s the Game of Thrones guys, and it’s HBO, and it will likely be visually stunning and full of Very Important Ideas. But that does not mean it should exist.

To start, this announcement comes close on the heels of the news that Underground, the John Legend-produced drama about key figures in the Underground Railroad, was cancelled at WGN and is looking for a new home. Meanwhile, Weiss and Benioff–two white men who have received loads of valid criticism for the way they’ve portrayed race (and sexual violence, which is sure to be a part of this story) over the years–are greenlit to tell their story of American slavery.

It’s so messed up that a show like Underground gets cancelled but @HBO green lights this Confederate mess. Keep it.

Dear @HBO, if you want to spend millions on a show about slavery, pick up @UndergroundWGN. Not this #Confederate shit. Signed,ALL the Blacks

The immediate question in a lot of minds is “Isn’t this just an American-set Man in the High Castle?” The premises are nearly identical (MITHC is based around an alternate reality wherein the Axis powers won WWII), but there are some huge differences that do not work out in HBO’s favor.

Guys before you start, don’t compare The Man in The High Castle to Confederate. It’s not even close to the same thing for a bunch of reasons

Click through to read Spradley’s whole thread. He makes the point that America has not done the work to educate ourselves about the horrors of our past, and therefore are in no way equipped to reimagine them. Because “that pain is not a thing of the past. It’s very much present in each of our lives, everyday.”

There may well be writers and showrunners who could make a fascinating show based on this concept–ones that would do justice to the immense, horrific history they’re taking on, and create great entertainment while still treating the subject with the respect and honesty it deserves. Unfortunately, there’s not a lot of faith that Weiss and Benioff are those people.

It is exhausting to think of how many people at @HBO said yes to letting two white men envision modern day slavery. And offensive. https://t.co/xsxWJ6FHUv

if hbo is really going to make a godawful show about confederate slaves in an alt-2017 let me save you the trouble here is what happens pic.twitter.com/u5ycC5t2IS