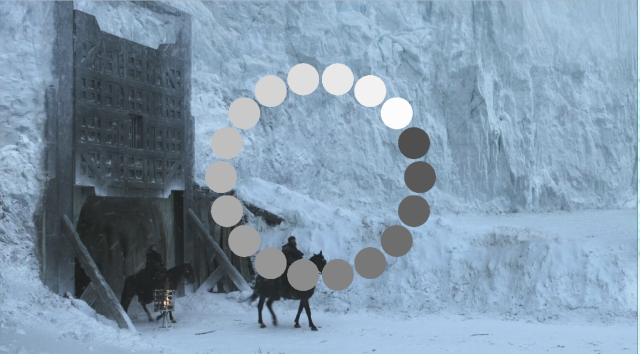 If you don’t have a cable subscription and can’t bear torrenting—ahem, I mean waiting for the Game of Thrones DVDs any longer, then now is your time. Soon you will finally be able to pay for HBO on its own, and just in time for its current landmark show’s fifth season.

According to an exclusive from Fortune, HBO plans to launch their new Internet-only standalone streaming service in April, around the time that Game of Thrones is expected to make its (probably very confusing, at least for book readers) return to TV. The technical aspects of this new service will not be maintained within HBO, but will instead be outsourced to an external company called MLB Advanced, whose clients include Major League Baseball (hence the name), the WWE Network, and ESPN.

As of now it’s unclear what this means for HBO Go, the current in-house streaming service for cable subscribers (and all the cable subscribers’ mooching family and friends), but we’re guessing that it will not exist in its current form once the new service launches—especially since it’s been suggested that HBO is currently dissatisfied with its own internal engineering team. Fans will remember that last year, HBO Go suffered massive outages due to the sheer number of people attempting to access the fourth season Game of Thrones premiere, and also faced similar with the True Detective finale earlier this year. A unnamed source told Fortune that HBO wants everyone to be aware that it “is a media company, not a technology company,” and that “the company does not want to be seen as chasing after Netflix.” Thus, outsourcing.

Still, the practical upshot is that, barring any unexpected problems, it’s a pretty good bet that you’ll soon be able to subscribe to HBO while still maintaining your personal identity as a cord cutter. It’s a win-win, really: you get to watch your shows, and maybe the network will have more money to spruce up those dragons in later seasons. Everybody’s happy! You know, except the Starks. Also the Lannisters. Quite possibly also the Martells. Oh, and Jon Snow’s never happy. You know what? Never mind.