Mount Doom From LotR Movies About to Erupt | The Mary Sue

Serious Business: LotR’s Mount Doom Is an Actual Volcano That’s About to Erupt 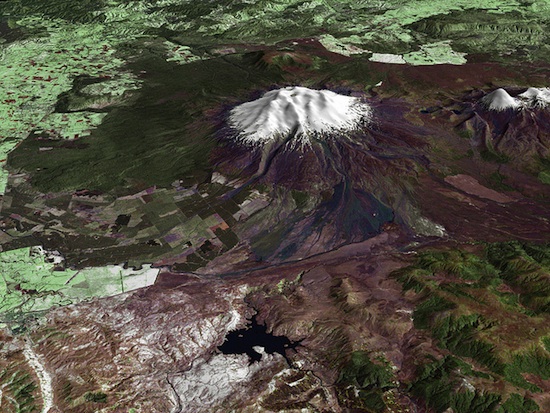 Geologists are warning hikers to stay off of Mount Ruapehu, the New Zealand volcano that stood in for Mount Doom in parts of Peter Jackson’s Lord of the Rings trilogy. A variety of signs suggest that pressure is building beneath the volcano, and researchers are concerned that an eruption may be imminent. Still, even if Ruapehu does blow its top, it will probably be a fairly run of the mill explosion of fire from the bowels of the earth, with the number of uruk hai set to be loosed on an unsuspecting island nation expected to be minimal. So, hey — things could be worse!

That pressure is going to be released one way or the other, point out geologists, and at this point it’s just a matter of how big the eruption is and when it arrives. Another eruption for the very active Ruapehu, which is the largest active volcano in New Zealand, is not terribly surprising at this point — the peak has only been docile since 2007, and had major eruptions in 1995 and 1996.