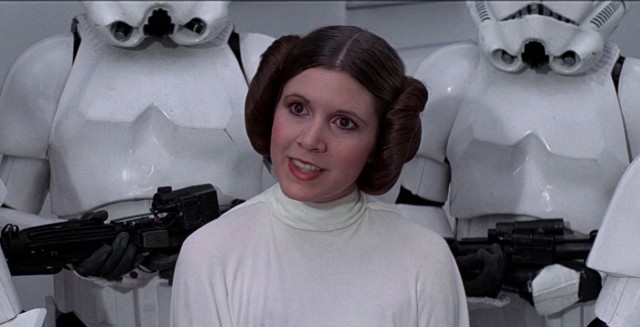 Remember that interview from yesterday about Hasbro’s Star Wars toy line, and how curtly they shot down the idea of more toys based on female characters? Hasbro has felt that disturbance in the force, as if millions of voices suddenly cried out in annoyance, and has asked “to have this answer revised” in an attempt to silence them. Wait, I think maybe this metaphor is getting away from me.

Here’s what they said (with the original question for context):

Q: Where are the action figures for the female characters from Rebels, like Hera, Sabine, or Maketh Tua? Male characters like Ezra and Kanan have been released multiple times already in many formats and scales, yet the best we’ve seen on shelves so far is a single Sabine with a non-removable helmet and a yet-to-be-released Hera, both of whom are packed with re-released Stormtroopers. Female characters have always played an integral role in the Star Wars saga, from Leia in the original trilogy to Padme in the prequels to Ahsoka and Asaaj in The Clone Wars and have always been among the first characters released in figure form, yet for this new chapter in the Saga, they’ve barely been a blip on the radar.

A: Hasbro actually has some great new characters from Rebels hitting shelves now such as Sabine and Hera and have recently been releasing more females within our Black Series and Saga Legends line such as Mara Jade, Toryn Farr, Bastila Shan, Luminara Unduli, Padma [sic] Amidala (Geonosis), and a number of great Leia’s such as Ep IV, Endor, and the awesome Boushh disguise that was revealed at NYCC. (Editor’s Note: Hasbro has asked to have this answer revised.)

Okay, first, try to imagine what it was like for that Hasbro PR team member to find, remember, and list all of those ridiculous Star Wars names. That poor, poor laser brain.

Anyway, while it’s at least encouraging to see Hasbro recognize they made a mistake in dismissing Jedi Temple Archives‘ concerns and asking the site to update their answer (their original response, you’ll remember, was “Hasbro feels they have released plenty of female characters in the line,” which… no, you haven’t), it’s still worrisome to see them not only try to sneak a revision in rather than publicly own up to their mistake, but also not actually address any of the concerns fans had in the first place.

I mean, it’s great that there’s a Mara Jade toy out there, really (although not readily available in stores the same way Star Wars Rebels toys are, I can tell you that much), but the ten-year-olds who are currently watching Rebels are not exactly clamoring for her—or for any of the Black Series figures, I imagine, as that’s a line geared more towards collectors than children. The simple truth is that there are vastly more kinds of toys which feature the same male Star Wars characters over and over again, with only a few token female figures here and there which doesn’t balance things out. Here, take this toy for example: 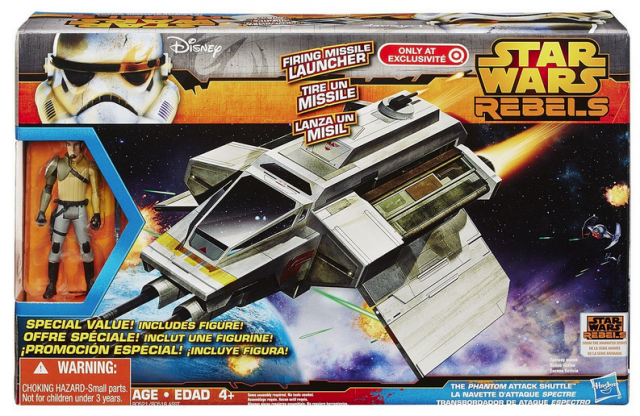 Why is Kanan Jarrus the figure who comes with the Phantom attack shuttle when it’s Hera who’s the best at piloting it?

This is why people are frustrated with Hasbro right now.

It’s not that there aren’t any female characters in their line, because of course that would be untrue—it’s that they clearly take a backseat to the male ones which Hasbro thinks will sell better to boys. This way of thinking ultimately does fans of all genders a disservice, not just the girls.

Fans have already made their voices heard over a lack of Leia merchandise at the Disney Store to the current Star Wars owner, perhaps we need to get loud again?