What Boys Think of Girls 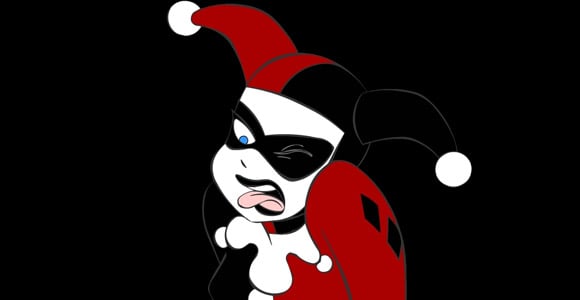 Does it ever feel like Warner Bros. thinks girls are icky? Here’s a story that may lend credence to that theory.

Writer/producer Paul Dini recently joined Kevin Smith on his Fatman on Batman podcast. They got on the topic of Dini’s work on Warner Bros. animated projects, which is vast, and discussed how the recently cancelled Cartoon Network series Young Justice was a lot like Dini’s work from 10-years ago (like Batman Beyond). It had storylines that went throughout the season and really built on top of each other. Dini went on to explain:

But then, there’s been this weird—there’s been a sudden trend in animation, with super-heroes. Like, ‘It’s too old. It’s too old for our audience, and it has to be younger. It has to be funnier.’ And that’s when I watch the first couple of episodes of Teen Titans Go!, it’s like those are the wacky moments in the Teen Titans cartoon, without any of the more serious moments. ‘And let’s just do them all fighting over pizza, or running around crazy and everything, ’cause our audience—the audience we wanna go after, is not the Young Justice audience any more. We wanna go after little kids, who are into—boys who are into goofy humor, goofy random humor, like on Adventure Time or Regular Show. We wanna do that goofy, that’s where we’re going for.’”

Dini goes on to mention how the Young Justice stories were much more teenager-oriented but the trend is to hit younger audiences with the newer shows. He said, “They’re all for the boys, we do not want the girls! I mean, I’ve heard executives say this, you know, not where I am but at other places, saying like, ‘We do not want girls watching these shows.” When Smith pointed out that was a strange move because, well, women are 51% of the population, Dini said, “They don’t buy toys. The girls buy different toys.”

True, most “girls” don’t buy “boy” toys and there’s a much longer history as to why that happens which I won’t bother delving into here, but as Smith next pointed out – aren’t there other merchandising options to make money from the “girls” market?

Smith: You can sell them T-shirts if they don’t—A: I disagree, I think girls buy toys as well, maybe not as many as fucking boys do, but, B: sell them something else, man! Don’t be lazy and be like, ‘well I can’t sell a girl a toy.’ Sell ‘em a t-shirt, man, sell them fucking umbrella with the fucking character on it, something like that. But if it’s not a toy, there’s something else you could sell ‘em! Like, just because you can’t figure out your job, don’t kill chances of, like, something that’s gonna reach an audi—that’s, it’s just so self-defeating, when people go, like… these are the same fuckers who go, like, ‘Oh, girls don’t read comics, girls aren’t into comics.’ It’s all self-fulfilling prophecies. They just make it that way, by going like, ‘I can’t sell ‘em a toy, what’s the point?’

Dini: That’s the thing, you know I hate being Mr. Sour Grapes here, but I’ll just lay it on the line: that’s the thing that got us cancelled on Tower Prep, honest-to-God was, it’s like, ‘we need boys, but we need girls right there, right one step behind the boys’—this is the network talking—’one step behind the boys, not as smart as the boys, not as interesting as boys, but right there.’ And then we began writing stories that got into the two girls’ back stories, and they were really interesting. And suddenly we had families and girls watching, and girls really became a big part of our audience, in sort of like they picked up that Harry Potter type of serialized way, which is what The Batman in boarding school [?] is really gonna kill. But, the Cartoon Network was saying, ‘Fuck no, we want the boys’ action, it’s boys’ action, this goofy boy humor we’ve gotta get that in there. And we can’t—’ and I’d say, but look at the numbers, we’ve got parents watching, with the families, and then when you break it down—’Yeah, but the—so many—we’ve got too many girls. We need more boys.’

To say the least.

We reached out for additional comments from Dini but he felt he’d had his say. To be sure, what else is there to say? “Girls don’t buy our toys so we don’t want too many of them watching our TV show” is a terrible outlook to have, not just as a human being but as someone trying to sell things to make a living. I also can’t help think this is an overall notion throughout the company considering the state of their live-action superhero properties. They don’t believe in women as a market even though they are constantly shown proof otherwise.

If you’d like to listen to just this portion of the podcast, HelpSaveOurHeroes.tumblr.com has an edit for you.