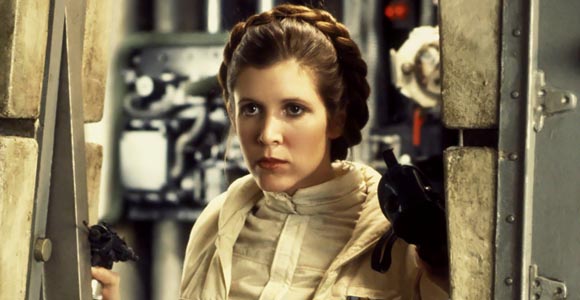 Disney has given an official response to the #WeWantLeia campaign which started online after a Disney Store representative told someone there were no plans for Leia merchandise. To any rational human being, this made no sense. Disney now owns Star Wars, Disney is all about princesses, Leia is a “princess,” Disney stores were already stocking Star Wars merchandise, girls and boys alike think she’s a cool character, girls and boys will beg their parents to spend loads of money on them, Disney is all about money.

TIME got the exclusive from Disney, who told them Leia toys would be coming soon.

“The current assortment of Star Wars products at the Disney Store launched earlier this year, and is just the beginning of what is to come,” Disney spokeswoman Margita Thompson told TIME. “We’re excited to be rolling out new products in the coming months, including several items that will feature Princess Leia, one of the most iconic characters in the Star Wars galaxy.”

While most girls who love Star Wars are perfectly happy playing with toys “meant” for boys, it’s an odd move for a company built on gendered-marketing to ignore a huge demographic. Then again, it wouldn’t be the first time. A lack of Star Wars clothing for women is what got Star Wars: The Clone Wars (a series with a slew of interesting women) actress Ashley Eckstein to start HerUniverse.com. And well, that turned out pretty well.

TIME mentions Thompson referenced Leia costumes and toys available on Amazon but that wasn’t exactly the point of the campaign. Sure, you can buy almost anything online but if your child is in a Disney store or at a Disney park and doesn’t see the one thing they want, you’re going to have a few unhappy campers on your hands. But regardless, we’re happy to hear they’ll be bringing Leia merchandise to their stores.