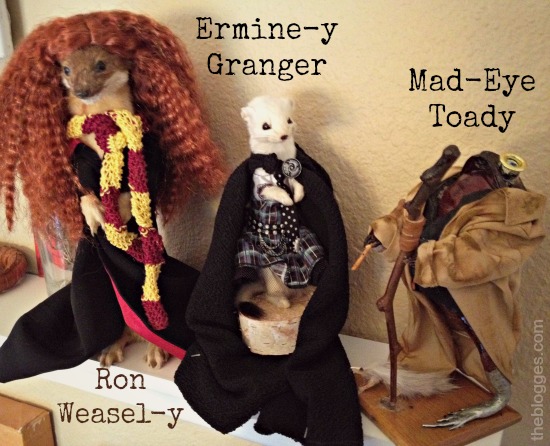 The Bloggess just rounded out her collection of animals taxidermied in the image of Harry Potter characters with a toad immortalized as Mad-Eye Moody. If you look closely, you can see that it even comes with a transmogrified Draco Malfoy!