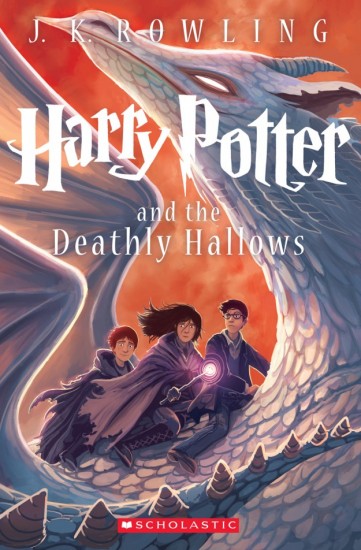 I love Mary GrandPré‘s original covers for the Scholastic versions of the Harry Potter books, but I also love dragons, so I’m a big fan of the final cover in Scholastic’s Kazu Kibuishi illustrated Harry Potter 15th anniversary set. Of course, the cover is also gorgeously illustrated with amazing composition and lighting, so that might be a bigger draw than the dragon for some of you. The Harry Potter and The Deathly Hallows cover was revealed on July 31 in the New York City Scholastic Store, and will be available in paperback  individually and as part of a box set with Kibuishi’s other illustrated covers. Check out the tempting box set design, with even more of Kibuishi’s artwork, after the jump. If I keep telling myself that my hardcovers are falling apart, I can magically justify new copies, right? 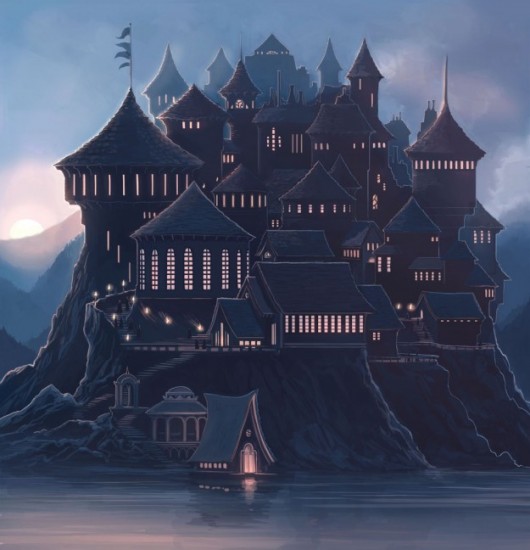 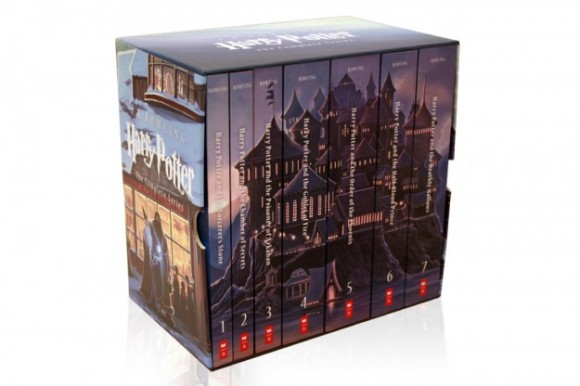 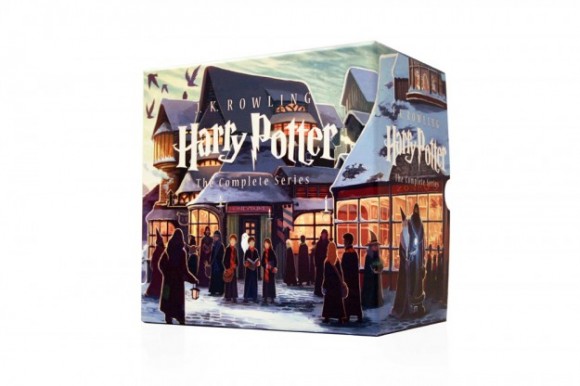