No Harry Potter E-Books on Pottermore Until Next Year 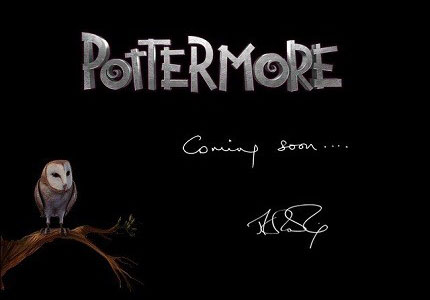 Sad face. I signed myself up for the Beta of J.K. Rowling’s Pottermore (with three different email addresses I might add) on the first day you were able to do so – Harry Potter and Rowling’s birthday, July 31. You know what I still don’t have? A beta code to Pottermore. What’s worse, even those that do won’t be able to read the best-selling book series on the website until next year.

According to Pottermore’s Insider Blog, open registration for Pottermore will begin at the end of October but digital and audio copies of Harry Potter won’t be made available in the Pottermore Shop until the first half of 2012. Why? “In order to allow us to focus on our first priority: opening Pottermore to as many people as possible and making the experience as good as it can be,” says the site.

The beta period, which has been extended since the original announcement, allows users to read new content by created specifically for the site, take quizzes and play mini-games. One million users have been given access to the site so far.

“From the end of October, registration will be opened to everyone and we’ll be giving access to registered users in phases,” says the site. “Access may be granted quickly, but please note it could also take some weeks or months, depending on demand.”

Fans and non-fans of the series wondered why it had taken so long for Harry Potter, a cash cow as it is, to be offered digitally. Once Pottermore was officially announced it seemed the time had finally come. Well it hasn’t. Keep lugging your 500+ copies to work. At least it will strengthen your wand arm.