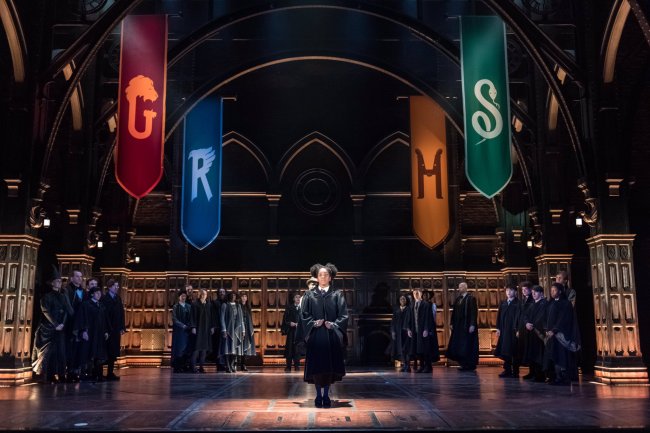 The Harry Potter stage play—the next chapter in the franchise—doesn’t officially open until July 30, but previews kicked off last night in London’s West End, and the early reactions are as positive as you’d expect. Tickets went on sale all the way back in October, and 175,000 of them sold out in just a day, so it’s safe to say fan excitement was already high, and it appears they were not disappointed.

We won’t get into too much detail (even if we could), as the lucky audience members’ ticket stubs (and Rowling herself) suggest that everyone #KeepTheSecrets so that fans can experience the twists and turns in the story for themselves instead of getting them spoiled online. Outside the plot and the characters, though, the literal magic of the Harry Potter world being reproduced on stage has also been a delight to fans who are so used to seeing it all handled with CGI in the movies.

The enthusiastic fan reactions are all over Twitter already with #KeepTheSecrets and #CursedChild, and many fans are keeping things spoiler free out of respect, so take a look and see what people are saying. The secrets are out there, though, for those of you who go looking for them, but you might want to at least wait until the play opens, when the script will be released in book form so that even people who can’t get tickets—or can’t get to London—can experience the story of themselves.

Barnes & Noble is already planning events to go along with the release, including a prize drawing for limited edition Harry Potter prints that begins on June 24 and a midnight release party for the script books, which begins at 8PM on July 30. If you want to attend the midnight launch, make sure to pre-order yourself a copy (also available on Amazon), and you can even head back the day after (Sunday, July 31) to talk about the book—which you’ll no doubt have devoured by then—and participate in more Potter-themed events and giveaways.

It’s going to be a magical summer.

(image via Harry Potter and the Cursed Child)