Harrison Ford Did a Reddit AMA, Was An Amazing Curmudgeonly Bastard 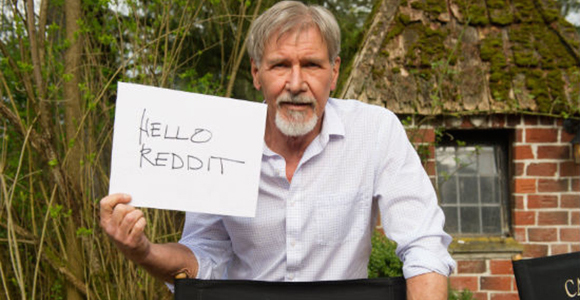 To be fair, a lot of the responses Harrison Ford gave during his Reddit AMA—specifically what he says about that Blade Runner sequel—are not at all grumpy old man-like. But his answer to the question “Who shot first, Han or Greedo?” is so curmudgeonly that it pushes the whole thing over the edge. Harrison, we love you. Never change.

So who did shoot first, Harrison?

I don’t know and I don’t care.

Bask in that answer. Bask in it.

On the subject of the the Blade Runner sequel, which Ridley Scott has said he’ll be doing “sooner or later” (though we’re firmly at the “later” by this point), Ford had this to say:

“I’m quite curious and excited about seeing a new script for Blade Runner if in fact the opportunity would exist to do another, if it’s a good script I would be very anxious to work with Ridley Scott again, he’s a very talented and passionate filmmaker. And I think it would be very interesting to revisit the character.”

A Redditor also asked him point-blank whether Deckard is a replicant, like that was going to work. Ford’s response, “I think that it’s a wonderful storytelling mechanism for that question to be left unanswered. I love that people are still curious about it,” was a more polite “Keep some of the magic alive, you punks.”

Also brought up: Snakes (“I actually like snakes!… I’m quite familiar with snakes and think they’r [sic] fantastic creatures.”), why in the giddy everloving hell he’s doing The Expendables 3 (He was in the area and “the location for Expendables was right on the way, and they asked me for a relatively short period of time, and it seemed like fun,” oh my God that’s magical) and who would win in a fight, Han or Indy (“The promoter would win”).

But nothing beats “I don’t know and I don’t care.” Nothing ever.