Star Wars to Probably Include Han, Luke, and Leia | The Mary Sue 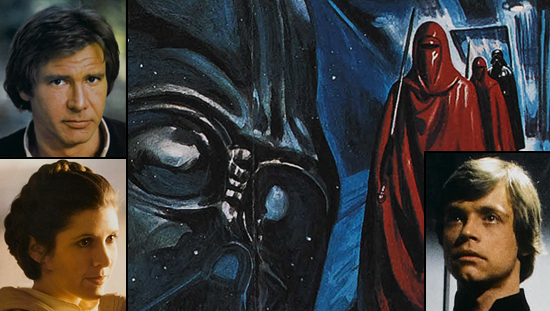 Disney owns Lucasfilm — we’re past that now, right? Previously, half of adult geekdom already ranted that the prequel Star Wars films “ruined” their childhoods or some such. So now everyone still willing to keep looking at that galaxy far, far away is wondering what’s really going to happen next in the franchise. (The fans of the Expanded Star Wars Universe read the novels and already theoretically know, but history has shown that movies and books seldom get along.) Also, we already know that J.J. Abrams is signed on to direct Episode VII. Finally, the rumors and quotes have been flying around the last couple of months, but now George Lucas himself has pretty much cinched it: Mark Hamill, Carrie Fisher, and Harrison Ford are probably going to feature in the new movies.

And “probably” is the best we’re going to get for now, but it still sounds pretty certain. Here’s the quote from Lucas, which he told Business Week:

“We had already signed Mark and Carrie and Harrison — or we were pretty much in final stages of negotiation. So I called them to say, ‘Look, this is what’s going on.’ Maybe I’m not supposed to say that. I think they want to announce that with some big whoop-de-do, but we were negotiating with them. I won’t say whether the negotiations were successful or not.”

“Won’t say.” He’s doing this on purpose just to heat up the Internet.

Also, these talks came about last summer, before it was announced that Disney snagged Lucasfilm. The “already signed” is the encouraging part, assuming you’re someone who wants to see Luke, Leia, and Han reprise their roles — as blue-floating holograms, aged versions of themselves, Jar Jar’s execution squad, or whatever — in the new films. Still, Lucas won’t say.

Mark Hamill has said he’s “interested,” and Harrison Ford also expressed willingness but not finality. Carrie Fisher made mention of joining of playing Leia again in an issue of Palm Beach Illustrated, but then one of the actress’s representatives said, “She was joking,” Fisher’s representative told CNN. “Nothing has been announced.”