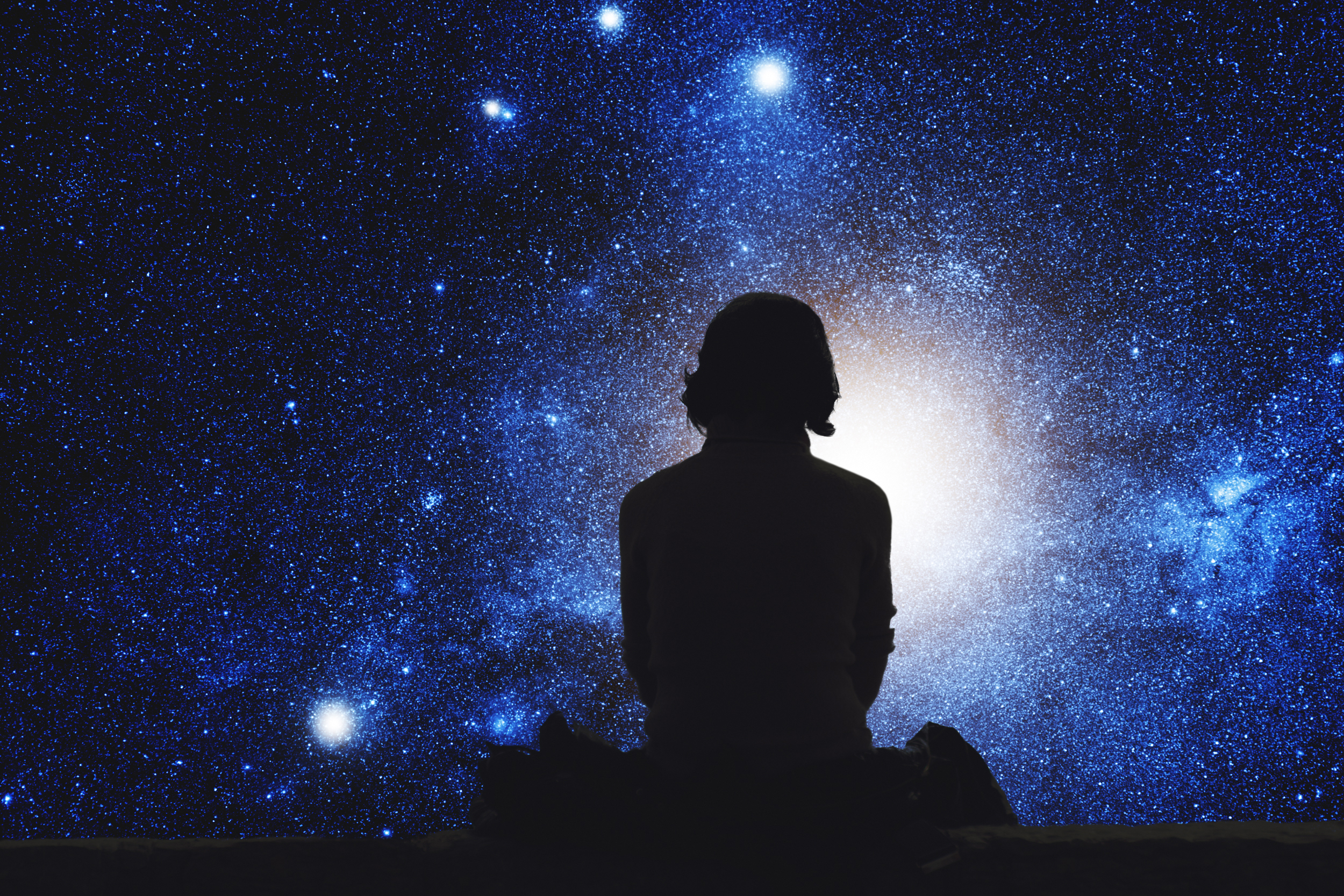 The Geoff Marcy case has received a fair amount of coverage in the press, however, as often as not, the coverage has been apologetic to Marcy. My mind reels at how this could be, but I’m going to make the compassionate assumption that the world at large hasn’t seen a physics or astronomy department in action, (having not participated in one), and their take on Marcy’s alleged behavior stems from their ignorance. “Surely,” I imagine them saying, “the young women could have just said no if Marcy made unwelcome advances.” In fact, they likely couldn’t, at least not without ruining their future careers.

The imbalance of power between advisors and students is so great that it led Science columnist Dr. Alice Huang to advise a young woman to tolerate her advisor staring down her shirt rather than ruffling his feathers. While Dr. Huang was dismissed from her columnist position for publishing this advice, she still defends it as being “practical.” Here are some of the ways that culture of harassment is upheld, and some reasons why Marcy was able to act with impunity for so long.

Reason Zero: Your academic advisor is everything!

In the fields of physics and astronomy, your advisor defines the classes you’ll take, as well as the research you’ll undertake. They control your future career in academia in a far more significant way than you can. Here’s the how and why of it:

1. There aren’t enough jobs in academia to account for the supply of PhD graduates.

In the field of physics, (many astronomy and physics departments are in fact the same department), only one in three graduates will land a position in academia. In other words, even if you’re among the best, if you’re not well-liked, you can kiss your hopes of becoming a professor goodbye.

One of the most prevalent objective hiring criteria is your published body of work and the citations it has received. Your advisor decides—before anyone else—if your work is significant enough for submission. Even if you’re gutsy enough to submit on your own, your advisor still wields great power. If your advisor co-authors the paper, it’s almost guaranteed to be published, and widely cited. If they chose not to, it’s far more likely your paper will never see the light of day.

3. Your advisor knows everyone who can give you a job.

Your career will, in all likelihood, be in the exact same field as your advisor’s career. In most cases, your job search begins with your advisor asking his colleagues if there are any jobs available for you in their labs. Most research specializations within physics and astronomy consist of, at most, a few hundred, and more commonly, a few dozen other researchers. If your advisor isn’t batting for you, you’re done.

4. A good reference from your advisor might make you, but a bad one will certainly break you.

Even if you manage to find an open position without your advisor’s aid, a lackluster reference letter will ensure you don’t get the job.

5. If you can’t get an advisor, your education is over before it’s begun.

If you have a reputation of being unlikable, unreliable, or unwilling to ‘play ball’, good luck getting an advisor at all. Without an advisor, you cannot get a degree. In the case of one graduate student, this led a retiring dean to call them into his office to disclose, “You need to find a different school. I’m retiring. I can’t protect you anymore.”

6. Without your advisor’s signature on your dissertation, you don’t get a degree.

The last step of earning a PhD is to present your research both orally, and in a written dissertation. This work is judged by a committee led by your advisor. If your advisor doesn’t sign-off, you don’t graduate. Most of your committee will not be as familiar with your research. They will follow your advisor’s lead.

7. Other professors in your department will not help you!

It’s been well documented at this point that several of Marcy’s peers knew exactly what he was doing. Some have written letters damning his behavior. Surprisingly, others have written condoning it. Here’s a nice summary.

8. Your Department Head will not help you!

Unlike industry, or rather, just like the worst of industry, department heads frequently have no administrative training or experience. In most cases, they also have no power. It’s a well-
known, but little publicized fact that most department heads are elected by their peers so theycan receive the salary bump commensurate with the position immediately prior to retiring. Not only do they not know how to help you, frequently they don’t care. It’s far less shocking to those of us in academia than it should be that the UC Berkeley’s department head, Dr. Gibor Basri, heaped so much sympathy on Marcy.

9. The governing organization in your field will feel awful about it, but they won’t help you!

While Marcy’s alleged behavior is quite well known, the tone taken by the American Astronomical Society on the matter is at best apologetic and self-immolating. This letter from the president of the association, Dr. Meg Urry, merely points out that the incident provides an opportunity to improve. Regarding the associations sexual harassment policy, she has this to say: “…it uses vague language to characterize unacceptable behavior.”

In my opinion this may as well be a lament, ‘If only Marcy had known his behavior was wrong, things might have been different!’ On the flip-side, Dr. Urry wrote an op-ed in Scientific American that powerfully sums up the issues and calls for decisive action.

A Call to Action

While condolences have been correctly showered upon the victims, and inappropriately, on occasion, aimed at Marcy, there has been little proposed as a viable solution other than to, once again, ‘take this opportunity to publicize, and study the issue’. I’d like to propose a few more ‘radical’ courses of action, and the methods by which to achieve them.

A clear message needs to be sent to our PhD granting institutions that sexual harassment is not acceptable. Instead, UC Berkeley and the Astronomy department head, Dr. Gibor Basri, wrote an email heaping sympathy on Marcy. University leadership should be sanctioned. Here are things you can do to make that happen:

If you’re in the Berkeley area, protest! Berkeley has long been associated with peaceful demonstration. Where’s the outrage this time? Two simple actions that will receive more national press coverage are first to march, and second to hold sit-ins around Dr. Basri’s office, labs, and lectures. Make it impossible for him to do his job.

If that doesn’t appeal to you, start writing! Social media is great, but it’s not enough. If you live in California, write your representatives and tell them you’re appalled at that your tax dollars are being spent to support institutionalized harassment at state funded institutions like UC Berkeley. If you don’t live in California, write your representative at the national level and communicate the same thing. Finally, write the NSF, the agency that funded Marcy and call them to action. They paid UC Berkeley in general and Marcy in particular to create a hostile environment to all women researchers!

The situation can be changed, but only with consistent, non-apologetic, non-tiring action from everyone.

Hamilton Carter’s childhood dreams of becoming an archeologist/novelist/ physicist/adventurer morphed into his present-day life as a dad/science writer/physics grad student/electronics engineer, which is to say he’s accomplished all his life goals to date. As a kid, his love of comic books and sci-fi led him to science. He built a cyclotron in high school while hanging out with classmates who built linacs, Tesla coils, and linacs powered by Tesla coils. Having grown up in the mountains of south-central New Mexico, he enjoys hiking and camping with his family anytime he gets anywhere near a mountain. For now though, he is leading a delightfully happy—albeit hot and humid—life studying physics at Texas A&M University. You can find him on G+, or read about his ongoing shenanigans at http://copaseticflow.blogspot.com/.