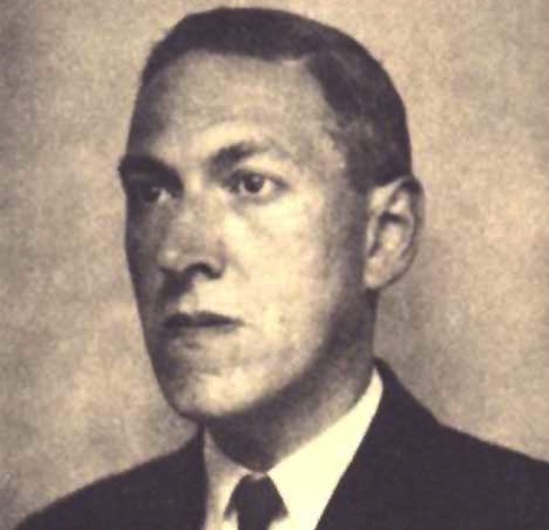 Storied horror writer and really quite mentally ill person H.P. Lovecraft would have been 122 years old today. Yes, much of his catalog may seem verbose, florid, and archaic by today’s standards. Lest we forget, yes, he was a racist xenophobe of pretty much the highest conceivable order, but he’s also the man who gave us not only the oft-used horror trope of the Necronomicon and the burgeoning cottage industry that is Cthulhu. He’s also the man behind the very concept of cosmic horror, because for Lovecraft, the thing in the closet or under the bed wasn’t scary enough. The characters in Lovecraft’s fiction are under seige by the entire universe. Whole alien species and races of humanoid underdwellers are out to get them, and no one else will buy it until it’s too late.

If you’re a Lovecraft fan, or just want to get a taste of the writer that did more than probably anyone else to shape modern horror as a genre (just ask Stephen King), here are a couple ways you can get a taste of Lovecraft’s legacy without travelling to the remote corners of the Earth to confront horrors mankind was never meant to face.

Read a book: If you’ve never read Lovecraft, it’s time to give him a shot. While his literary style isn’t for everyone, it’s like nothing you will ever read anywhere else. Reading Lovecraft is also a great way to enrich your vocabulary by needing to look up words like “corpusculent” and “supperating” every other page. For beginners, Call of Cthulhu and At the Mountains of Madness are great places to start if you’re interested in one of the most important story cycles in modern fiction. I’d also make the argument that these adventure-based stories also carry some of the seeds of survival horror in their structure. If you’re more interested in a one-off tale with less baggage to it, Cool Air, The Rats in The Walls, and The Music of Erich Zann are all genuinely frightening tales that promise to make every creaking floorboard and drafty window you encounter seem a little more menacing. Thanks to the magic of expired copyrights, you can pick up most of Lovecraft’s stories in free e-book collections, though we recommend shelling out the buck or two it will cost you for an e-book of the work that somebody actually edited at one point. You can also read most of his stories right now at the H.P. Lovecraft Archive.

Read a Comic: These are all over the place right now, from Boom’s Fall of Cthulhu to undeniable influences in Dan Abnett and Andy Lanning’s 2010 Marvel mini-series The Thanos Imperative. The best recent one is probably Alan Moore and Jacen Burrows’ genuinely disturbing Necronomicon.

Play a Game: If you’re the roleplaying sort, Arkham Horror is really the sort of thing you should check out — especially if you’re a DM who likes to really put characters through the wringer, shattering their minds before you have them devoured by many tentacled horrors from beyond the stars. And hey, why else even be a DM, right? If getting folks over for a game is too much trouble, you can go solo on your phone with Cthulhu Saves The World, an iPhone game that hearkens back to the days of early JRPGs. While the gameplay is sort of dime a dozen, the fun storyline and clever writing set it apart. CSTW is worth the minimal investment just for the wisecracking, fourth-wall breaking protagonist Cthulhu, who is on a quest to save the world and regain his locked-away powers — so he can destroy the world.

Watch a Movie: The laziest way to get your Lovecraft on today is also maybe the most fun. There’s never a bad time to watch Stuart Gordon’s schlocky, blood-spattered cult classic Re-Animator, which holds up 100% on repeat viewings. While you can safely skip the film’s small army of sequels, Gordon also directed an underrated adaptation of Dagon that is worth checking out. If you’re looking for movies that capture the genuine feel of a Lovecraft story, you can’t do better than the 2005 silent adaptation of Call of Cthulhu. It may take a little digging to find this gem, produced by the H.P. Lovecraft Historical Society, but your efforts will be rewarded by a surprisingly excellent horror film that eschews big budgets in favor of moody, atmospheric chills.

Update: The silent Call of Cthulhu from 2005 is actually very easy to find, as it is streaming on Netflix.