Happy Birthday to Carrie Fisher, Our Once and Future Princess, Rebel, and General 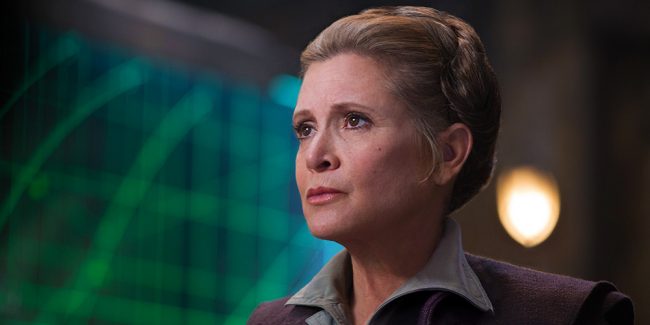 Today would have been Carrie Fisher’s 61st birthday, had she not passed away at the end of 2016. To celebrate her life, I thought I’d round up some of the amazing stories, speeches, anecdotes, and interviews we’ve published from and about her over the years. From her role as a Star Wars heroine to her mental health advocacy, from her fiery responses to sexism to her amazing writing, Carrie Fisher represented a whole lotta much-needed goodness to a whole lotta people. She provided a model of opinionated, complicated, imperfect, and uncompromising womanhood for a lot of us who needed to see that in the world – and given the state of things today, we miss her voice more than ever.

Please feel free to share your own favorite Carrie Fisher stories in the comments.