I guess I'll see you all in jail if Trump wins. 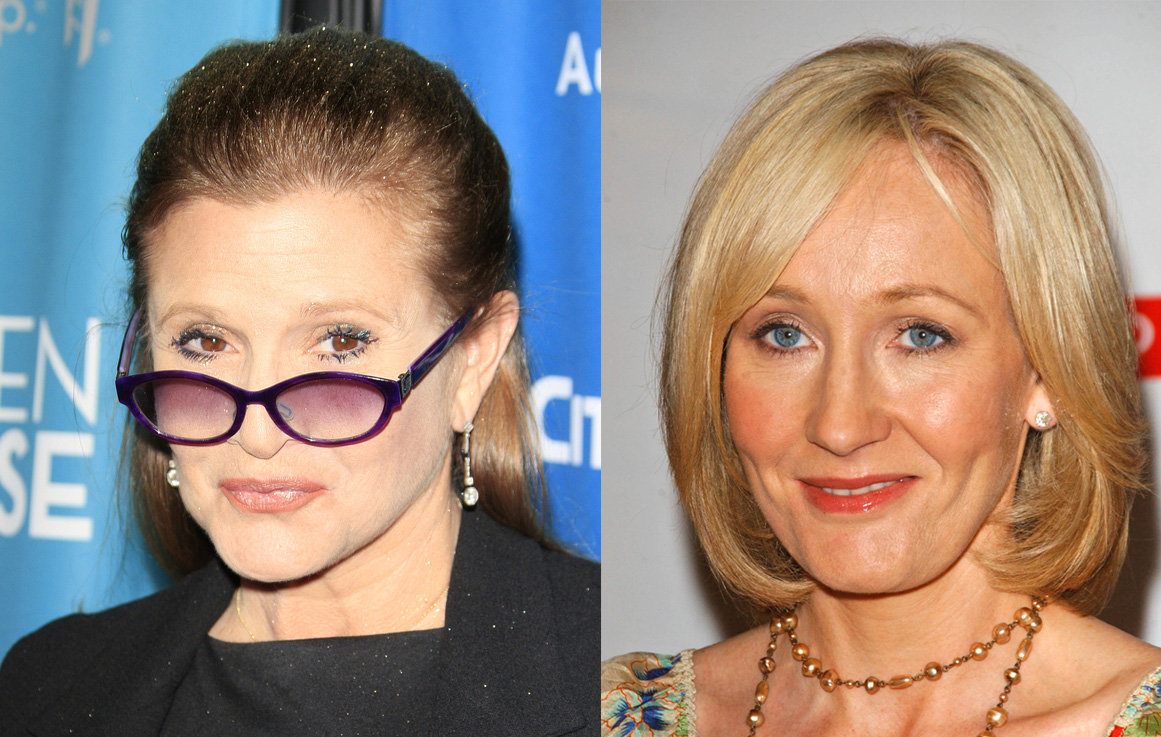 We’ll be happier when this election stuff is all behind us in November, but it’s still important to remember that the awful nightmare will continue far into the future if Donald Trump wins. So, because we can’t afford to look away, let’s turn our attention to two of our favorite women and their thoughts on the subject, because we’d much rather talk about them than him.

First up, we’ve got J.K. Rowling, whose way with words was well-proven in the Harry Potter books, but she hasn’t let that stop her from continuing to prove it on Twitter. She spent a lot of her time this weekend responding to the recording of Trump bragging about sexually assaulting women and the idea that it was “just words.” Rowling knows a thing or two about how powerful words can be.

The men rushing to tell us all that they talk about women exactly the way @realDonaldTrump did in his tape seem to think they’re helping.

She also urged introspection after Clinton’s words at the debate, pointing out that we need to decide who we are and whether Donald Trump represents us. Of course, she also dealt with plenty of people telling her not to voice her opinion for one reason for another, and she dealt with them especially deftly.

.@DynamiteTom Gosh, no, I’ve got several million women sitting beside me. pic.twitter.com/hd41WsW2zN

When a man this ignorant & easy to manipulate gets within sniffing distance of the nuclear codes, it’s everyone’s business. #RestOfTheWorld https://t.co/yHBIIuhYEN

That last point—the jab at Trump’s debate “sniffles”—is where Carrie Fisher also weighed in. It’s been suggested both subtly and not-so-subtly, depending on who you talk to, that Trump’s audible sniffing at the debates—which only got worse at the second debate—is a sign of cocaine use. Fisher’s had some experience with drug use in the past and gave a simple answer to that particular question for anyone curious:

If Trump has a drug problem, I hope he gets help. I also hope he doesn’t become our president.