Carrie Fisher Tells Off Body Critics After The Force Awakens, Continues to Give No ****s 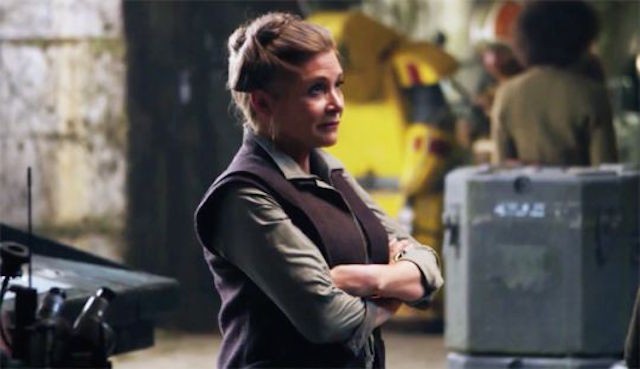 There was a lot of criticism of how Carrie Fisher had aged leading up to The Force Awakens, and somehow, the movie’s massive success and continual breaking of box office records (still in progress) hasn’t slowed it down. For those shallow ones among us, seeing the movie has only intensified the insults, and Fisher has had enough.

Speaking for both her actual self and the body that carries it around, she tweeted:

My body is my brain bag, it hauls me around to those places & in front of faces where theres something to say or see pic.twitter.com/T2TXiEyl17

In the space between those tweets, Fisher retweeted some kind words from supportive fans as well as some of the insults hurled her way—if you can even call them insults. As we’ve pointed out frequently and recently, putting an insulting tone on the simple facts of someone’s appearance says more about the quality of the person sending the hate than receiving.

In the run up to the movie’s release, I stopped reading a fellow geek blog after they posted some jokes about Carrie Fisher not looking like a “grownup” princess Leia. I’ve got some news for them and all the other jerks out there: She’s literally the only person who does. If you’re not comfortable with the effects of aging on your personal ability to objectify someone, that’s on you.

(via THR, image via Disney/Lucasfilm)