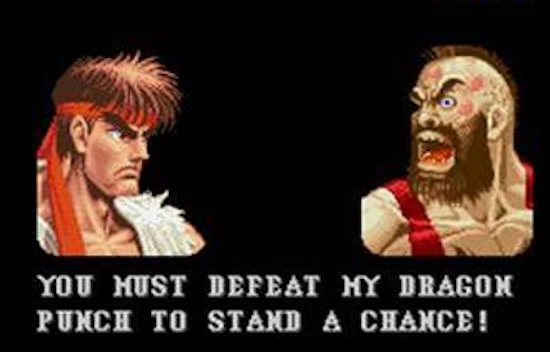 As humans, one of the things that sets us apart from almost all other species on the planet is our sweet hand design, complete with opposable thumb that lets us do everything from input the Konami code to conduct a symphony. We’re rightly proud of all the classy, technologically savvy things our hand allow us to do, so it’s tempting  to think that they evolved the way they did to allow us access to these higher pursuits. A new study in the Journal of Experimental Biology, though,  suggests that while our hands may have noble ambitions — like playing a violin concerto, throwing a prefect spiral, or looking up cat videos on a tablet computer — the evolution of the appendage was largely shaped by one of its most unpleasant, if historically common, uses — making a fist and using it to whoop the ever-loving hell out of something.

The study, led by David Carrier of the University of Utah, looked at the power test subjects could put into various methods of striking with their hands, and compared that force to the stress the strike put on the striking hand. The team found that subjects were able to deliver more force with a blow — and do so more efficiently and safely — when using a closed fist as opposed to an open hand, almost as if the hand had been built with curling into a fist in mind. That finding led the team to conclude that, at least among males, being able to make an effective fist was an evolutionary advantage in the early development of humanity.

“…the proportions of the human hand provide a performance advantage when striking with a fist. We propose that the derived proportions of hominin hands reflect, in part, sexual selection to improve fighting performance.”

Good fists would have made for good fighters in humanity’s early history as a, furry, hunched over creature. When it came to sealing the deal with a mate, the paper posits, a hand that formed a solid fist that could strike hard without breaking would have been the best weapon available for quite a while, and the genes associated with it would have been passed along more frequently. Considering the not insignificant violence seen in communities of close human relatives like gorillas and  chimpanzees, we don’t find that notion hard to believe.

“The role aggression has played in our evolution has not been adequately appreciated,” says Carrier — though as someone who has been to plenty of football games and Friday nights at the bar in my lifetime, I’d argue that aggression gets its fair share of pretty clear credit for the development of the human race. Personally, I’d instead like to take the slightly more rose-tinted point of view that our hands evolved the way they did for the sake of being good at a lot of tasks — punching things among them. We’re not always easy to like as a race, but it’s nice to think that the part of us that can make music is just as important and meaningful as the part that can hit things hard. That idea may not be borne out by Carrier’s work, but that just makes it even more important to believe, true or not.

(via Journal of Experimental Biology)