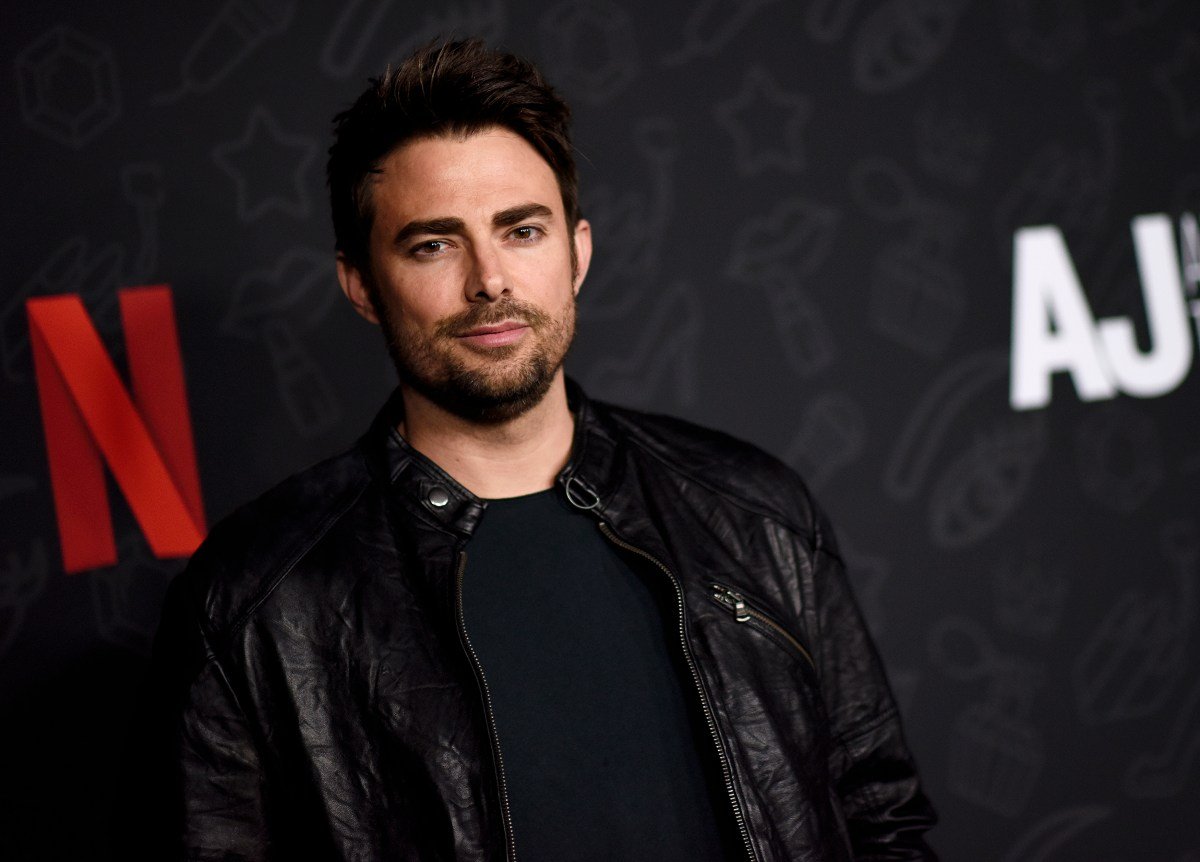 Well, I guess this is better than nothing? Hallmark has announced their slate of forty (yes, 40) new holiday-themed television movies to air across their two family-oriented channels, the Hallmark Channel and Hallmark Movies and Mysteries. And after serious pressure from fans and advocates for representation Hallmark has finally added a queer storyline … to one movie. Out of forty.

First off, what is the movie? The Christmas House will premiere on the Hallmark Channel on November 22 at 8/7 central. It’s a big ensemble piece that will feature the actors Robert Buckley, Jonathan Bennett (pictured above), Ana Ayora, Treat Williams, Sharon Lawrence, and Brad Harder. Here’s the plot, according to TVLine:

Working through some difficult decisions, Mitchell family matriarch Phylis (Lawrence) and patriarch Bill (Williams), have summoned their two grown sons – TV star, Mike Mitchell (Buckley) and Brandon Mitchell (Bennett) – home for the holidays. It is their hope that bringing the family together to recreate the Christmas house, will help them find resolution and make a memorable holiday for the entire family and community. As Brandon and his husband Jake (Harder) make the trip home, they are anxiously awaiting a call about the adoption of their first child. Meanwhile, Mike reconnects with Andi (Ayora), his high school sweetheart.

This sounds a bit like The Family Stone to me and if I end up getting tricked into a “parent dying of cancer at Christmas” movie because there’s a gay couple in it, I will be furious. But otherwise, I am just … hopeful but also annoyed?

First off,  I don’t want to discount this, because any step in the direction of representation is great. Baby steps. Hallmark caused a furor just last December when a now-replaced exec yanked a commercial for the wedding planning company Zola of the air because it featured a lesbian kiss. The protest was started by the group One Million Moms and backfired spectacularly when the removal of the commercial got Hallmark called out as homophobic and they subsequently pledged to add more LGBTQIA+ content.

And they have … but not a lot of it. The million (I doubt that number) moms were VERY MAD this summer when the Hallmark movie Wedding Every Weekend featured a lesbian wedding. But that wedding was not the focus of the plot, which was about two straight friends (a man and woman) who have to go to, you guessed it, a wedding every weekend for four weeks and, guessed it again, fall in love. But yay for any queer rep, especially if it infuriates the homophobes.

And now we have our first official LGBTQ (well, G … they have a long way before they get to the rest of those letters) story in a Hallmark Christmas movie! Take that! And, bonus, at least one of the actors is an out gay man. Yes, Jonathan Bennett, aka Aaron Samuels from Mean Girls, is gay and his coming out was a big deal for many queer people that grew up with him as part of an iconic film. I’m not sure if Brad Harder is queer, and his name makes googling such a thing a, shall we say, fraught experience.

But here’s where I’m disappointed: Yes, we have gay characters in a Hallmark movie, but … they’re being presented in a way that’s safe, desexualized, and sterile. I do understand that for the conservative audience of Hallmark movies, they may not think they’re “ready” for a fully queer Christmas movie but, if the idea is to add representation by peppering in queer characters and couples, couldn’t you do it for more than one out of your forty holiday movies. (By the way—HOW did they make that many movies in a pandemic? Or are they still being made? Do they have elves doing this?)

And making a queer holiday love story isn’t hard. It’s already happening on Lifetime with The Christmas Setup. It’s happening on the big screen with Happiest Season. Heck, a major percentage of Archive of Our Own is schmoopy queer fanfics with plots that are right out of a Hallmark movie. Some of them even happen at Christmas! I know this for a fact since I’ve written many!

So, good for Hallmark for doing something progressive, but I hope that this is a floor and they do more than the bare minimum in the future.