Hailee Steinfeld to Star in YA Adaptation With Female Director, Writer, Producers 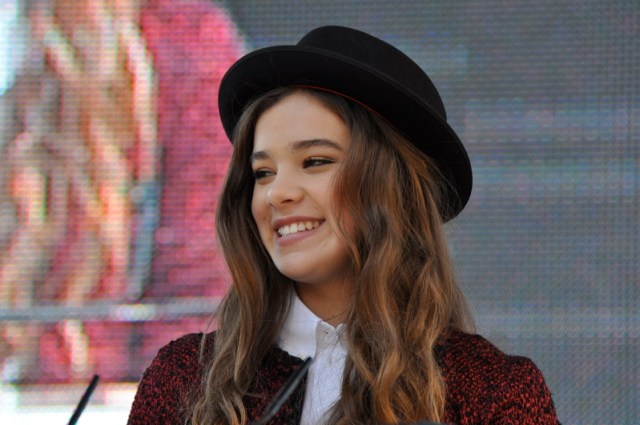 We’ve loved Hailee Steinfeld since she stole our hearts (and an Oscar nomination) with her work in 2010’s True Grit. Not to be left out from the Hollywood starlet cool kids table, Steinfeld has just signed on to star in her very own YA book adaptation—and surrounded herself with awesome ladies.

Steinfeld will star in the big-screen version of 2003’s Carrie Pilby. Written by Caren Lissner and published by Harlequin Teen, the book focuses on Carrie, a 19-year-old genius who graduates from college with absolutely zero social skills. With the help of her therapist, Carrie is given a five-point plan to help her expand her rigid beliefs and get herself out into the world.

And yeah, that sounds pretty cool, but the best thing about the Carrie Pilby adaptation is that it’s all ladies all the time. The film be helmed by first-time director Susan Johnson, written by Kara Holden, and produced by Suzanne Farwell and Susan Cartsonis. All of this, of course, with a female lead, and based on a book written by a woman.

More of this in the world, please. Everyone go support this with your words and, if possible, your dollars.

(via IndieWire, image via glennia)