Few Too Many Pounds? Trim Down With Bacteria From Your Buddy’s Gut 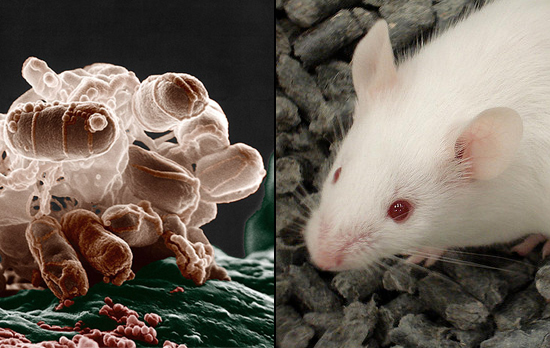 There’s always some new “breakthrough” in weight loss, touted by celebrities or TV personalities with pills, programs, or delicious new shakes. But you know what they’re not touting, but actually could work? Ingesting the gut bacteria of someone slimmer than you. That’s right. A new study finds that if you had the right bacteria transplant, losing weight might not be as much of a problem.

One method of reducing weight has been gastric bypass surgery, wherein a section of the stomach is cordoned off from the rest, decreasing the stomach’s overall capacity. And this generally works. Patients lose weight. But this new study, published in Science Translational Medicine, suggests that it’s metabolism — a mix-up in the stomach’s bile acids — and not stomach size that’s effective.

They tested this on lab mice, of course, because those little guys are just too paunchy for their own good. At the Obesity, Metabolism and Nutrition Institute in Boston, director Lee Kaplan and his team selected about a dozen obese mice and gave them bypass surgery. As with humans, it did work. The mice lost 29% of their body weight and kept it off, even when given a diet of fatty foods.

That’s when the researches got gross about it. They took fecal samples from the operated-upon mice, drew out bacteria from it, and transplanted it into a new group of not-as-tubby mice. The new mice lost weight, 5% of their body weight. And they weren’t even asked to change their diet!

Kaplan said that isolating the four bacteria types they identified during this experiment would be the next step. Then to introduce those into obese mice or humans.

And yes, this is kind of a real breakthrough, but it’s a far cry from becoming the next fad. An obesity researcher at the University of Cincinatti, Randy Seeley, said, “You can’t just take a pill of the right bacteria and have them stick around.” The results, in other words, wouldn’t be lasting. The environmental condition of the stomach has to change or it’ll revert back. The original microbes will reassert themselves.

Peter Turnbaugh, a Harvard University researcher who’s been studying the link between gut microbes and obesity for years, breaks it down:

“It may not be that we will have a magic pill that will work for everyone who’s slightly overweight. But if we can, at a minimum, provide some alternative to gastric bypass surgery that produces similar effects, it would be a major advance.”

“A major gap in our knowledge is the underlying mechanism linking microbes to weight loss.” 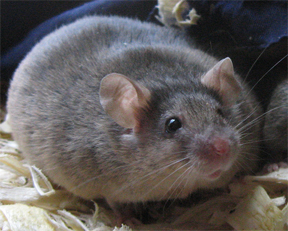 "Whatevs. Fork over the cheese."