Nanocapsule Sobers Up Mice In Record Time, Could Lead To Pills That Stop Your Drunk Cold 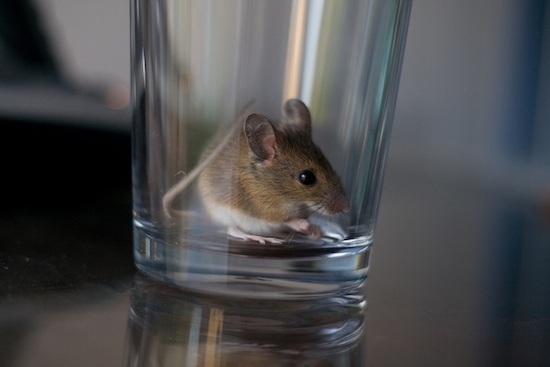 Have you ever gotten that kind of drunk where all you can do is watch the room spin and wish you weren’t so drunk? It’s alright — most of us have been there. But UCLA researchers may have come up with a new method of sobering up quickly — a nanocapsule full of enzymes that help digest alcohol. It’s been shown to be a promising treatment to alleviate drunkenness in mice, and could one day mean a pill that sobers you up before the hangover sets in, or at least before you start saying unpleasant things about the bouncer’s mom.

According to a study published this week in the journal Nature Nanotechnology, an injection of nanocapsules containing two enzymes — one that digests alcohol, but leaves behind poisonous hydrogen peroxide, and another that processes the hydrogen peroxide — into mice who were drunk for science, the enzyme lowered the blood alcohol levels in treated mice much faster than those in a control group. According to one researcher working on the study, the net effect of the treatment is “like having millions of liver cell units inside your stomach or in your intestine, helping you to digest alcohol.”

If it makes it into human testing, mankind’s dream of a pill to stop you from being too drunk could be achieved, finally replacing the current method of drinking a cup of coffee, shaking your head back and forth, splashing cold water on your face, and saying something like “Ok, good to go!” when you are clearly not. Then we’ll just need a pill that gives you the presence of mind to take this one before you booty call your ex.