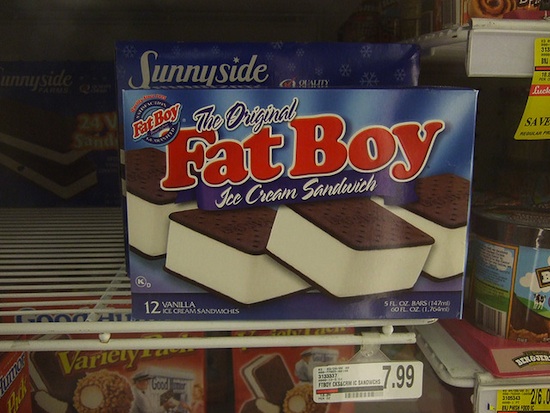 Man, some dudes just can’t catch a break. According to a study published online today in the journal Clinical Endocrinology, obese teen males have up to 50% less testosterone as their leaner counterparts, a condition that could lead an increased likelihood of impotence and infertility in adulthood. This, uh, this really isn’t going to make it any easier to be a heavy dude in high school, and for that, we are sorry.

The study was conducted by researchers at the University of Buffalo who have published on the link between obesity and testosterone before — the prior study found lowered testosterone levels in obese and diabetic adult men. The drastically lowered levels of testosterone found in teen subjects was still a cause for surprise, though, and for worry. Testosterone is especially important during developmental years, and not having enough of it can affect men for the rest of their lives.

Like something out of a dystopian sci-fi novel, that could mean a whole generation of American men about to have a hard time procreating, says study author Dr. Paresh Dandona.

“The implications of our findings are, frankly, horrendous because these boys are potentially impotent and infertile. The message is a grim one with massive epidemiological implications.”

The fear is that with obesity rates climbing steadily and showing no signs of stopping, a good man will become even harder to find. Keep in mind, in this scenario, we’re speaking only biologically. Categorizing a “good man” as one who can breed effectively. It is, after all, pretty much all we’re here to do as humans.